ViewSonic, a leader in making affordable gadgets, have intro'd yet another entry level tablet: the ViewPad E70. Under its hood, the 7-inch E70 screams budget in ever single way, as it houses a 1GHz processor, 4 geebees of storage, a microSD card slot, and an HDMI output capable of streaming 1080p video.

The real story of this budget-gadget isn't the specs, though - it's the software. The E70 will be running ICS out-of-the-box, which is a more than a lot of high-end devices announced thus far can say. It's not all good, however - take a look at the design: 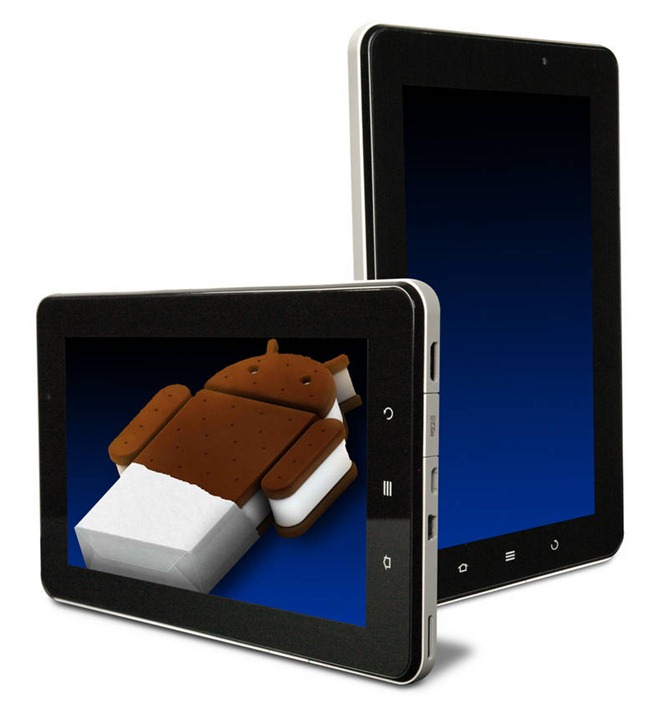 Let's just ignore the fact that the bezel is practically an inch thick and look a little closer -- do you see the issue? Yeah. Capacitive buttons. We have no idea why VS would choose to put capacitive buttons a device running ICS, but regardless of our understanding or the practicality of it, they went ahead and did it anyway.

The tablet is set to hit the market in "late Q1" for a price of $180, but with the ASUS MeMo ME370T right around the corner after that (in Q2), I see no reason anyone would pick this little guy up.

[CES 2012] Intel's New Medfield Smartphone Reference Design: It's What's On The Inside That Counts