If there's one thing we're all fond of here at AP, it's power on-the-go. Portable chargers, extended batteries -- whatever it takes to keep our gear charged up. There's one issue with all of these options, though: they also have to be charged. Granted, once a portable charger is all juiced up it usually lasts for a while, but wouldn't it be nice to have something that practically juices itself? Enter PowerSkin's upcoming line of solar chargers.

Planned for a February release, PowerSkin will be dropping two new chargers that incorporate solar charging technology, the SolarCharge and KeyCharge. Both names are pretty self-explanatory, but here's the long and short of it: 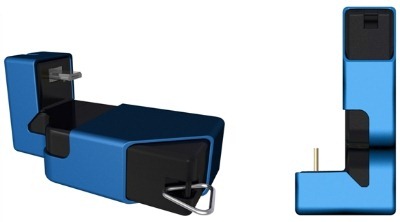 Okay, so we know what you're thinking: what if I don't feel like hanging around outside while this thing charges? No problem -- both devices can also be charged via microUSB, so they'll be charged up whenever you need them. Rather a good idea.

Both the SolarCharge and KeyCharge are set to hit the retail market in February for $69.99 and $24.99 respectively.