Intel's smartphone push is in full swing at CES, they're showing off a brand spanking new reference design, based on their Medfield SoC. Behold: 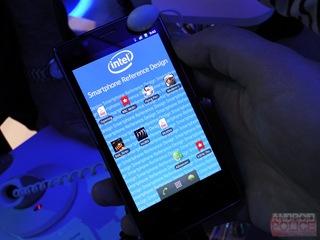 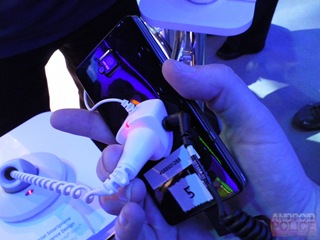 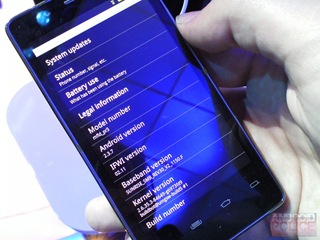 OK, it's ugly. But reference designs are supposed to be ugly. The point is just to show that an Intel phone is possible. It's strictly about guts - they don't waste any time on design.

It's also still running Gingerbread, which is crazy, because Ice Cream Sandwich is the first version that officially supports x86. I guess the Intel devs wanted to show off all their hard work. 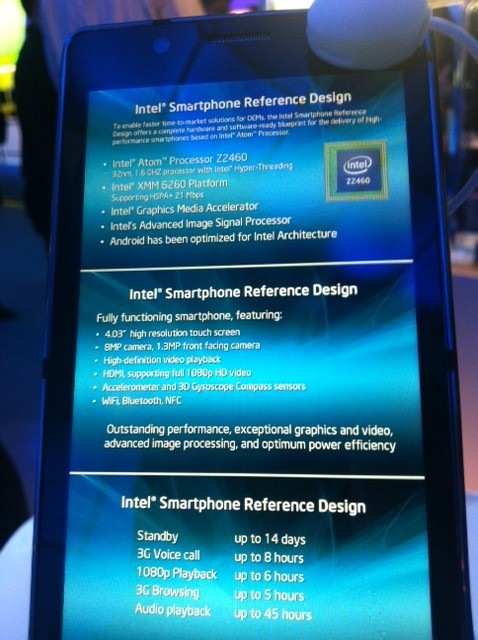 In addition to all the usual phone stuff, this thing is packing a 1.6 GHz Atom Z2460 Processor.I know that sounds like it will melt your battery into a puddle, but Intel is claiming very good battery life. The problem, though, is that they aren't listing the battery size - for all we know it could be a trillion mAh battery.

Turns out the battery is 1430mAh! If the real world numbers are anything like this, that's very impressive.

Intel's ISP (the camera processor) can also support up to 24MP. Won't that be fun.

Also of note is the "Intel XMM 6260 Platform" which is Intel-speak for "We are making our own cell modems, too". So it's good to know the Infineon acquisition is working out. Medfield still has a discrete modem, but things are going to get pretty crazy when Intel integrates a modem and processor into a single chip, which you can only do when you own the modem tech.

Intel is coming! The ARM boys should be worried.

Source: Mostly us, but I stole the last picture from Forbes

Google Packs Even More Google+ Into Your Search Results With "Search plus Your World," They ...