Shortly after Thanksgiving last year, Google updated its Maps application, bumping its version number up to 6.0 and adding, most notably, indoor mapping. At the time it was presumed that the feature would be most useful for navigating places like major malls, airports, and similar metropolitan areas; however, Google just added a new way to use indoor mapping: finding your way around the most important tech show of the year – CES!

Update: Google's official announcement just went live - in addition to LVCC, they've also added maps of the McCarran airport, Caesars Palace, Bellagio, The Venetian, The Palazzo, MGM Grand, and many more hotels/casinos, along with some Best Buys in the Las Vegas area. Check out the full list here. 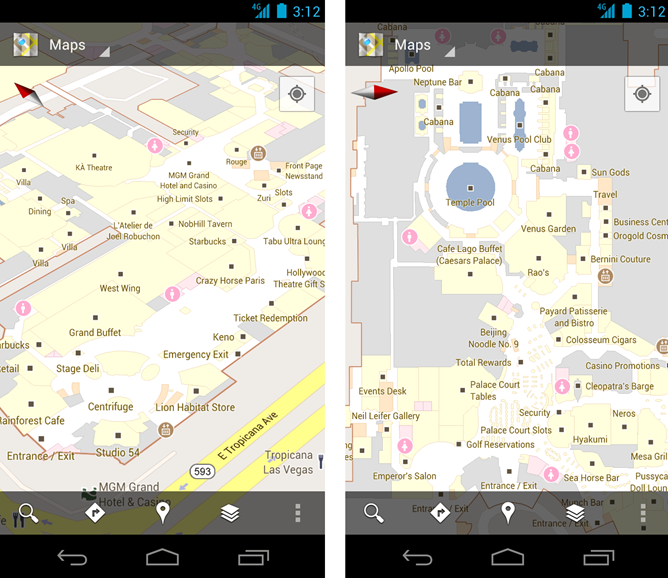 Indeed, nearly each and every individual booth is lovingly labeled, and GMaps can even give you turn-by-turn directions to them should they be warranted (we’re sure they will be at one time or another, given the sheer magnitude of the place). And of course, since the maps are all online, you won’t need to update the application, either; simply search for the ‘Las Vegas Convention Center’ and discover the order in the chaos! 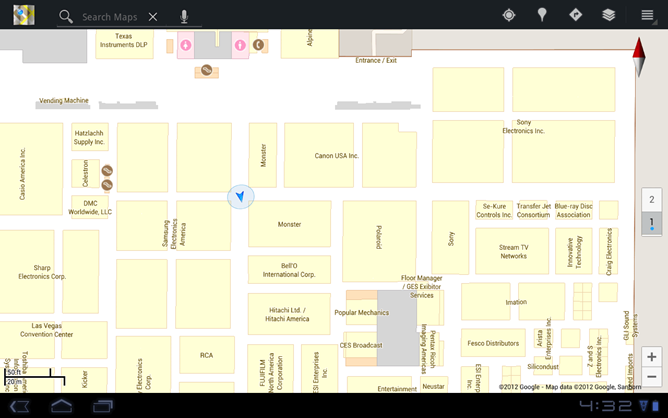 If you’re at CES, whether as a developer, a journalist, or a consumer, this is no doubt an incredibly useful feature (never mind the “wow” factor); better yet, it’s always waiting for you right there on your phone, just a few taps away. So, what are you waiting for?