NVIDIA CEO Jen-Hsun Huang outed a new 7-inch Tegra 3 ICS tablet today for a revolutionary price - $249. While we know very little about the tablet right this moment, we do know that it was developed by ASUS and it's not the Eee Pad MeMo ME171 that was unveiled earlier today.

Update: Apparently this device is still in its early days, as it still doesn't even have a name. Or a release date. That's the official word at this moment. We were finally able to get some clarification on what this tablet is. It is the real Eee Pad MeMo ME370T, and the 7" ASUS tablet we posted about this morning was actually the Eee Pad MeMO ME171. There was some confusion in the press release that was sent out in regards to the ME370T, the hardware outlined was actually specific to the MeMo ME171, though the release date was given for the ME370T. That's what happens when PRs are rushed, but all is forgiven now.

Update x2: We're hearing that it has an 8MP rear shooter. That may not be much, but at least we're slowly getting more info. The rest of the specs are kept heavily under wraps for the time being.

Update x3: According to our contact at ASUS, the ME370T should be available sometime in Q2 of this year. Yay! 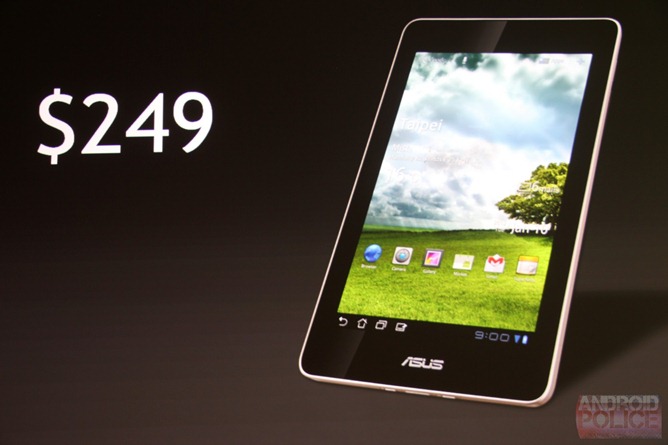 Jen-Hsun Huang also showcased a new feature of the Tegra 3 processor called DirectTouch. DT utilizes the T3's companion core to sample touch on the device more frequently (about three times more often, to be exact), which ultimately results in a more responsive UI. 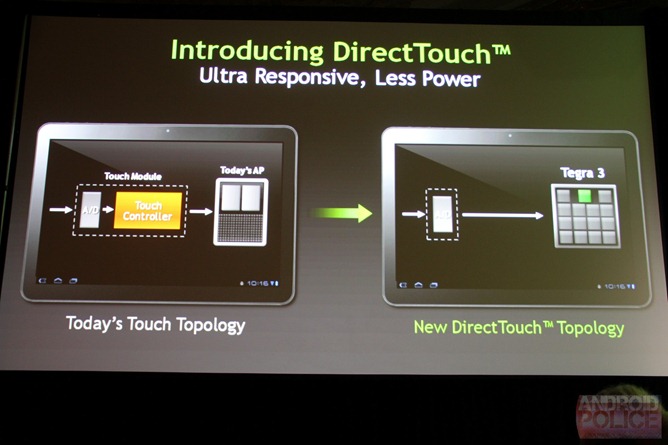 [CES 2012] Sony Takes Wraps Off The 'Nozomi', Makes It Official As The Xperia S