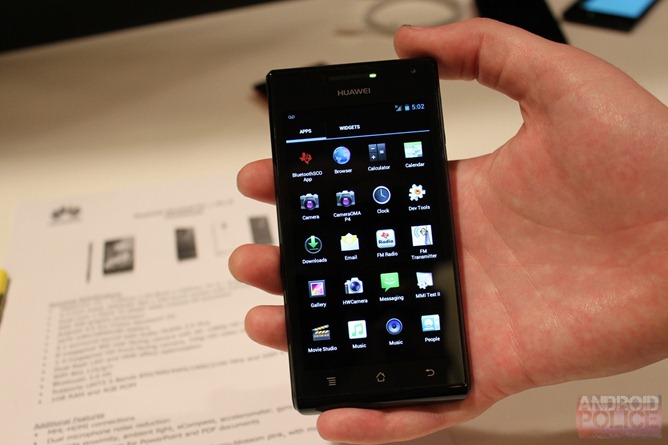 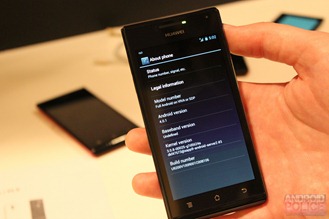 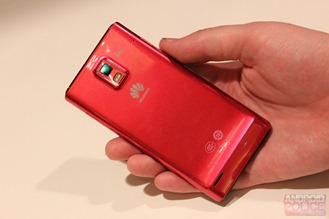 The P1 S (as well as the thicker and larger-batteried P1) will be headed to most markets around the globe in the early part of Q2 - possibly as early as March for European and Asian markets. US availability seems inevitable, and while Huawei's official statements estimates a release for North America around April, this probably only applies to the Canadian version of the device. Pricing was estimated at "about $400" - extremely reasonable given the Ascend P1 S's highly impressive specs.

As you already know, the Ascend P1 S sports a 4.3" SAMOLED qHD display, TI OMAP 4460 dual-core processor clocked at 1.5GHz, and is powered by Android 4.0 Ice Cream Sandwich. Huawei also showed off the P1 S's rear camera, which contains a BSI sensor allowing superior low-light performance. Of course, the real specification of note is its thickness - at just 6.68mm, it's incredibly thin. Just take a look at these comparison shots with a Sprint Epic 4G Touch: 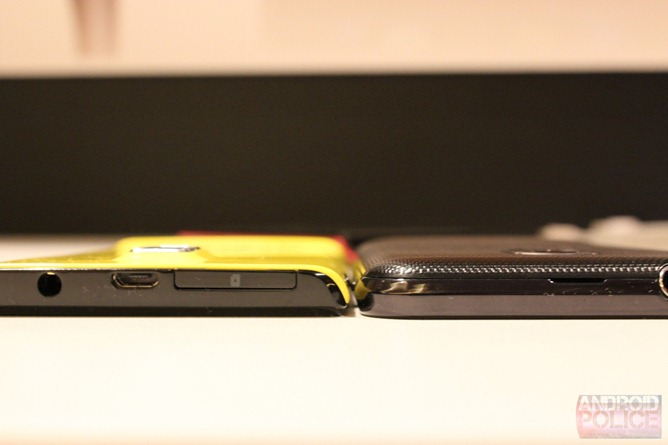 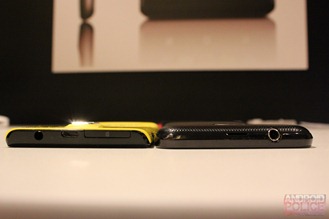 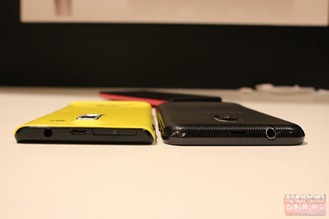 While it's hard to see, the Huawei is ever so slightly thinner - not including the radio bulge near the bottom, or the camera protrusion. Check out our hands-on video, below: