Hot on the heels of the unveiling of Fujitsu's ES IS12F, the world's thinnest smartphone, a leaflet circulating at CES today indicates that Fujitsu has something even more awesome in the works. It would seem that Fujitsu is on the brink of revealing a (yet unnamed) smartphone that packs not only Ice Cream Sandwich, but a quad-core Tegra 3 processor. 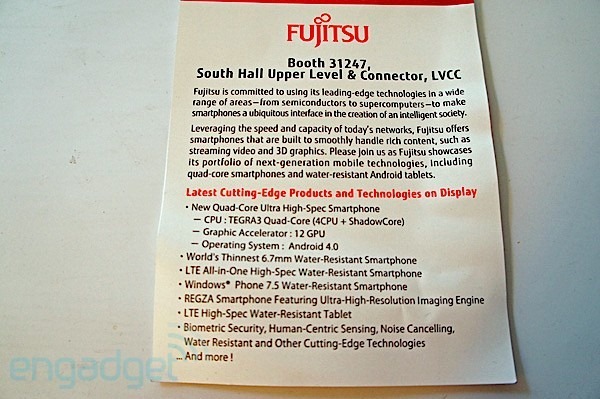 Little else is known about the mystery device, but judging from the specs we have so far, this phone sounds like a dream machine. It's unclear whether we'll get to see the device at CES, but we'll be here to cover any and all details as they are revealed.