Lenovo wasn’t on the list of Google TV partners, but for good reason: the company has just announced that, in addition to its new tablet and smartphone, it will soon be launching a “Smart TV” powered by none other than Ice Cream Sandwich. 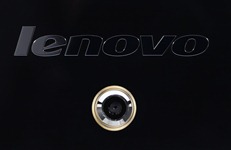 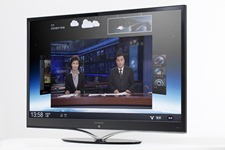 Indeed, Lenovo hasn’t abandoned all hope of an Android-based TV OS; in fact, the situation is in reality quite the opposite – with the K91, it’ll be embracing everyone’s favorite robot completely. Its (presumably heavily) modified version of the OS will feature:

Powered by a dual-core Snapdragon 8060 CPU, the K91 Smart TV will ship with a 5MP (!) webcam for video chat and a full HD IPS display at 240hz with SRS TruSurround. As of yet, there’s no word on how large/small that display is, so you’ll just have to keep your fingers crossed on that count.

As with the IdeaTab S2 and the S2 phone, the K91 should be available right now on the Chinese market, but unfortunately we Yanks will have to wait for an indefinite period of time. In the meantime, check out the PR below for more info.

Update by Artem: While wandering around CES Unveiled today, we ran into the K91 in all its glory and couldn't resist taking a quick look at some of its features, like the fluid 3-pane UI, games, the gamepad and the voice-enable remote control. For some reason, Lenovo reps insisted on an April release date even for China, while the PR clearly states they should be available there immediately. We're going to side with the PR's version of the story for now.

Sorry for the noise - there were lots of folks pouring various liquors down their throats and screaming at the top of their lungs.

CES 2012, Las Vegas – January 8, 2012: Lenovo (HKSE: 992) (ADR: LNVGY), the world’s number two PC company, is flexing its innovation muscle at this year’s Consumer Electronics Show and beyond, to create a seamless digital experience for its customers across multiple devices, be it PCs, tablets, smartphones or Smart TVs. Lenovo recently unveiled its “Personal Cloud” vision, marking the transformation of the company from a “personal computer” manufacturer to a “personal cloud solution” provider that integrates hardware, software and cloud computing together. The Company's direction is evident in a variety of new products, including the IdeaTab S2, Smartphone S2 and K91 smart TV.

“Lenovo is breaking down the barriers of device differentiation and weaving together hardware, software and cloud services that are connected, experiential and dynamic,” said Liu Jun, senior vice president and president, Mobile Internet and Digital Home business group. “We understand our users need more than just the traditional keyboard and screen for a truly satisfying digital experience. Our Personal Cloud vision integrates all devices, from tablets to TVs, for a comprehensive mobile Internet experience anytime, anywhere.

As the world’s first smart TV powered by QualComm’s 8060 Snapdragon dual core CPU, the K91 is also the world’s first smart TV running the Android 4.0 operating system - which will revolutionize technology in the living room. Its smart “Sandwich” UI unites three major smart TV functions, including Video On Demand (VOD), Internet applications and traditional TV programs. The online HD VOD is tailored to individual consumers’ viewing history, and delivers the best picture and audio quality with 3D FPR technology delivering flicker-free video on a full HD IPS panel at 240hz with SRS TruSurround. Internet applications include thousands of choices from the Android Market and Lenovo Store, including console games. Additional smart TV features include voice control with natural language processing and speech recognition technology, allowing viewers to use voice commands to control the remote. Video interaction is even possible with the built-in 5MP webcam, which integrates face recognition technology for security benefits and advanced parental control. With cloud support, consumers can access their favorite songs and videos with ease, share files between the TV and their tablet, smartphone or PC, and even control the TV via tablet and smartphone.

The IdeaTab S2 tablet, S2 smartphone and K91 smart TV are available immediately in China. Lenovo will be releasing these products worldwide at a later date. More information on these products is available at www.lenovo.com

Netflix Android App Appears In The UK And Ireland