We arrived at CES earlier today, and Acer's pre-CES event was the first item on our agenda (yes, on a Sunday). The company unveiled a number of ultrabooks. a new cloud service, and briefly mentioned that it was bringing a brand-new Android tablet to market later this year - so briefly that we didn't even hear the name of the device mentioned (obviously, we later found out what it was called).

The Iconia A700 will be the company's second attempt at a flagship, 10.1-inch Android tablet. While we didn't grab any hands-on time with the new tab at Acer's press event earlier today, we watched the device demoed and it looks fairly impressive. Check out these snaps from The Verge: 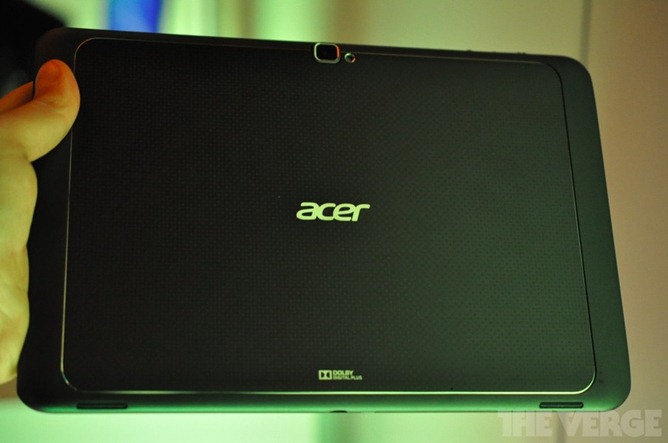 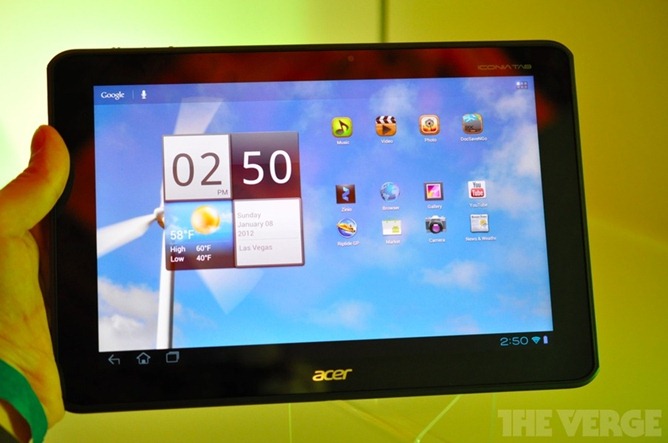 Images via The Verge

So far, we know the following about the device:

As a follow-up to the A500, the A700 is definitely a major improvement. The display resolution allowed by NVIDIA's Tegra 3 processor is on the level of a mid-range desktop computer monitor. Pricing information wasn't given, but Acer is targeting Q2 2012 for release.