Adreno Graphics, a division within Qualcomm, has just released Snapdragon GameCommand, a new game management and discovery app. Originally, GameCommand was supposed to be released on January 10th at CES, but it looks like someone pulled the trigger early.

Update by Artem: This app is much like NVIDIA's Tegra Zone, and while the content it features isn't exclusive to Snapdragons, it looks like it does require a device with one. I tried to install the app on an Exynos-powered SGSII, and it kicked me out shortly after I started it.

I would like to point out that GameCommand seems to have serious compatibility issues with operating system versions, countries, and even devices that do have Snapdragons. We'll see if this requirement eases up when the 10th comes, but so far quite a lot of folks are disappointed.

You'll be able to browse a library of Snapdragon featured and exclusive games, buy those you're interested in, and organize these games all from the application. It even features a news center that will keep users up-to-date on the latest news from major gaming websites. On top of that, if you happen to own a device powered by a Qualcomm Snapdragon processor (and chances are you do), then you may receive exclusive features in select games.

Looking past all the marketing mumbo-jumbo, there is really one main reason to get GameCommand - to discover new games, so if you're in the market for some fresh titles, give GameCommand a try and see if you can find a new favorite. You may even get some exclusive content, too. 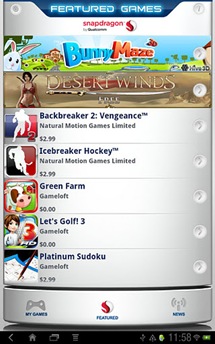 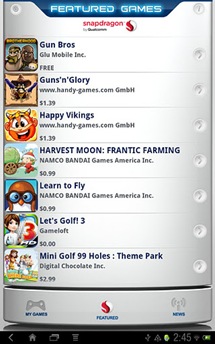 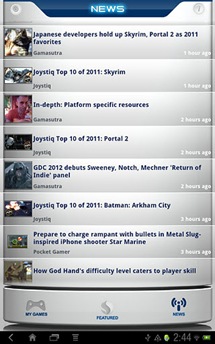 [CES 2012] ViewSonic To Introduce ViewPhone 3, Bring A (Dull) Knife To A Gun Fight