Always Innovating, a company which "leverages the latest developments in open source technologies worldwide to create innovative products that solve real problems for consumers," will be debuting a new device at CES this year – the HDMI Dongle. The Dongle looks to replace the set-top box for those who aren't interested in buying a hefty (or more expensive) GoogleTV device.

AI's HDMI Dongle is essentially a complete system on a chip, and has some incredible specs for such a tiny device. Supposedly starting at just $79, the device comes with a Cortex-A9 processor (capable of 1GHz to 1.8GHz speeds, depending on configuration), between 256MB and 1GB RAM, Wi-Fi, Bluetooth, and NFC Connectivity, an accelerometer, and a bundled remote. 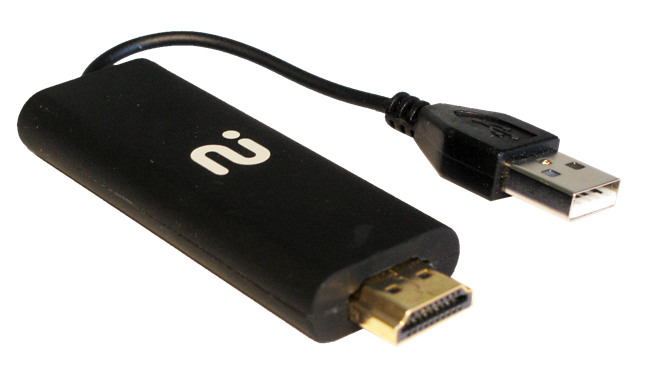 Users need only to plug the Dongle into an HDTV to experience Android on their formerly unconnected TV. The Dongle is capable of streaming video at 1080p and utilizing Hulu, Netflix, and Amazon's video store. The video below shows the Dongle in action, running Gingerbread, though the device will apparently launch with Ice Cream Sandwich.

Always Innovating indicates that they will not produce the HDMI Dongle, but that it will be available on a licensing basis, and that the device is also capable of handling GoogleTV.

No exact release date is yet available, but Always Innovating predicts a Summer 2012 debut.

Follow Live CES 2012 Coverage With Android Police January 8-12 - Here Is What To Expect!