At  this point, I'm sure you've heard that the Transformer Prime has GPS issues. Issues so bad that ASUS even removed GPS from the Prime's list of features. Under normal circumstances, we would all sit back and wait for a software update to roll out with a fix, but that's not going cut it this time.

ASUS has already acknowledged that the Prime's GPS issues are due to its all-aluminum construction. But what does it mean? It basically means that someone at ASUS didn't think things through completely. Or maybe they did and hoped no one would notice. Either way, it's a design flaw, and, unfortunately, no amount of updated firmware is going to fix it. To explain why, AnandTech looked into the guts of the Prime, outlining what ASUS could have (read: should have) done to correct this during the design process.

First off, let's take a look at the Prime's older brother, now commonly referred to as the "OG Transformer" (though we're just going to call it the TF from here on out). GPS works perfectly on the TF because of what its made of: plastic. GPS, Wi-Fi, Bluetooth - basically all radios can transmit through plastic without issue. The Prime isn't made of plastic, though - it's made of aluminum. All aluminum. You might be thinking wait! The iPad is made of aluminum! There are no issues with it! And, of course, you'd be right. The iPad is made of aluminum. There one big difference between the iPad and the Prime though: the Apple logo. You see, that little Apple is made of plastic, and the iPad 1's Wi-Fi antenna (it doesn't have GPS) is located directly behind that little logo, allowing it to easily retrieve signal. Brilliant design if I do say so myself. 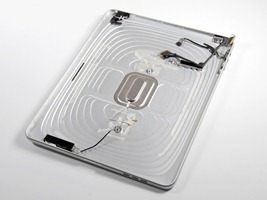 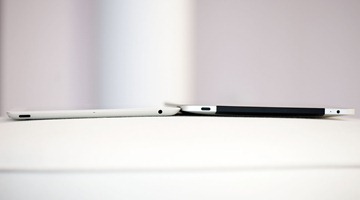 Left: The iPad 1 displaying its Wi-Fi antenna; Right: The RF window on the 3G iPad

Ah, but aren't there also 3G versions of the iPad/2? And don't those versions have GPS? Yep. Have you ever looked at an iPad? Notice that thin plastic strip running across the top? It's called an RF window, and I bet you can guess what it's for -- so all the radios can easily transmit data. Again, good design. 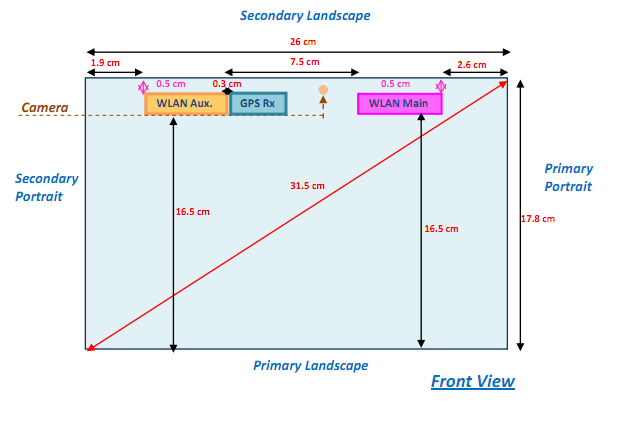 ...And there it is - the GPS antenna in the Prime, right in between the two Wi-Fi antennas.

You should now be starting to piece together where ASUS went wrong with the Prime. It's all aluminum and there is no RF window. Why this issue wasn't addressed during the design process, well, we're not really sure about.

Of course, we're not knocking the Prime in any way; it is, without a doubt, the best Android tablet on the market (for the time being, at least). If a weak (or sometimes non-existent) GPS signal is the worst thing that's wrong with this otherwise beastly unit, then we can live with that.

[The First Annual Android Police Andy Awards] And The Winner Of The "Best New App Of 2011" ...