The minds behind CyanogenMod have done it again, bringing nightly updates to several LG Optimus variants, and adding official CM7 support for the Epic 4G (not to be confused with Sprint's Galaxy SII variant).

Among the newly-supported LG devices are the Optimus 3D (p920), Hub (e510), Pro (c660), and Black (p970) (which is technically seeing the return of nightlies). It may be worth noting that the Optimus Hub and Pro both received RomManager support tonight, making it excessively simple to get CM goodness on the devices.

Ricardo Cerqueira, in a Google+ post on the subject, asked users to report bugs over at the relevant RootzWiki forums, and noted that CM builds specific to the p925 version of the Optimus 3D will be pushed in the coming days. 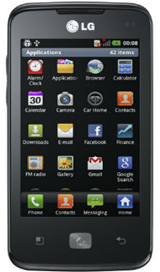 Joining the ranks of devices lucky enough to receive official CM7 support is Samsung's Epic 4G. CyanogenMod support has been a long time coming for the Epic, and it is evident from CM's post on Google+ that users are overjoyed at the prospect of getting one of the most regarded Android ROMs around on their devices at long last. The Epic 4G's CM repository can be found here. To get your hands on CyanogenMod builds for any of the Optimus devices, just hit the links above and enjoy!