2011 was a great year for Android - Android 4.0 Ice Cream Sandwich was announced. The Galaxy Nexus was released. A whole truckload of Android tablets came out. The first 4G LTE smartphones appeared. But there were some significant speed bumps as well. Here are, in no particular order, the five things in the world of Android in the last year that really got our hopes up, but ended up being a little disappointing.

It's really hard to know where to start with the ThunderBolt. It wasn't actually a terrible phone in terms of usability or performance, but the delayed release, abysmal battery life, overheating, and seemingly endless wait for Android 2.3 drew more angst from owners than probably any other device we've ever seen. With a starting price of $300 on a two-year agreement, it drew a lot of raised eyebrows - only to unceremoniously drop to half that price in less than a month. 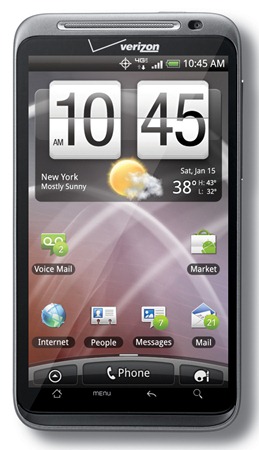 The awesome part of the ThunderBolt was its status as the first Verizon 4G LTE phone, and if you've got coverage, Verizon 4G LTE is crazy fast. Verizon soon started dropping 4G phones like they were going out of style, and those they did drop tended to, well, suck - the Samsung DROID Charge was a plasticky, slow, TouchWiz-infested nightmare. The LG Revolution was anything but one. It seemed like Verizon just couldn't release a 4G phone that was actually good.

Since then, we've seen phones like the RAZR and Galaxy Nexus raise the bar for Verizon 4G phones substantially, but it was definitely a rocky start for Big Red's next generation network.

I own a BIONIC, so this one is a little personal for me. I reviewed Motorola's much-awaited flagship (at the time) handset back in September, and while I did find it had a lot of flaws, I was willing to give it a generally positive review because, at the time, it was far and away the best Android phone on Verizon. That changed when Motorola came out with a certain little device called the RAZR, which was better in every single conceivable way. Oh, and it came out 2 months after the BIONIC. This, in my opinion, is part of a larger problem - Android devices are just coming out too quickly. 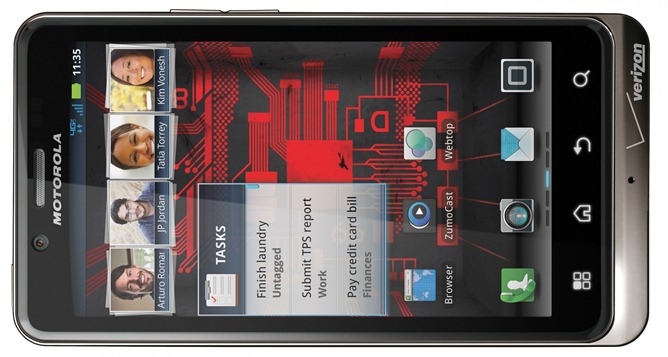 After waiting since CES, in January, for the BIONIC, suffering through a massive delay (original release date having been Q2 2011) everyone expected that it was going to be Motorola's king of the hill handset for at least a couple quarters. How totally, unabashedly wrong we were. Despite a total redesign since its initial unveiling in Las Vegas, the BIONIC was outdated so quickly that I'm not even sure why Motorola released it in the first place.

I don't hate the BIONIC - I'd just much rather have a RAZR. And so would every other BIONIC owner, I imagine. In fact, the DROID BIONIC has pretty much become the poster child for smartphone buyer's remorse. It doesn't suck, but I'm pretty sure every person who bought one wishes they had been able to see approximately 60 days into the future at the time.

Remember hearing about Google's awesome idea for manufacturers and carriers to commit to timely OS updates and a standard period of post-release software support on their new Android phones? Yeah, we had trouble finding the evidence, too. We were excited - this alliance promised to eliminate a lot of the uncertainty that comes with buying an Android phone, the question of update support, as well as the timeliness of those updates. An awesome idea.

After the I/O announcement, the Android Alliance was never heard from again. Why? Probably because it completely fell apart - at least that's what we're assuming. The idea of an 18 month OS update support window for new devices was never actually cemented. At the time, Google claimed it was a "working number" of sorts, indicating final agreements had yet to be made.

While we're used to a certain level of radio silence from Google on projects like this, nearly 8 months later, El Goog has yet to say word one about this then-proposed alliance, leading us to believe it has either experienced a significant stall, or been abandoned altogether. Unfortunately, we're leaning towards the latter at this point.

There have been a lot of Android tablets that have come out on the last year. Let's make a short list of the big ones:

Some have been expensive. Some have been cheaper - though none aside from the Fire and NOOK have flirted with an initial MSRP below $330 (in fact, most were $400 or more). Some have been pretty awesome - like the Galaxy Tab 10.1. Unfortunately, most have been pretty mediocre, and sales figures (or lack thereof) seem to reflect that. If any device has come close to denting the iPad's domination of the tablet market this year, it's the Kindle Fire - which doesn't even run stock Android, let alone Honeycomb. It's also $200 - occupying a price point most manufacturers could only dream of making profitable given the cost of the Fire's innards (Amazon sells each one at a small loss).

Some tablets out there have been pretty great, like ASUS's Transformer Prime (which we loved), or even the original Transformer (we loved that, too). Some have not (we won't name names). Some have been great, but constantly remind us that we could buy two Kindle Fires for the same cost.

We like Honeycomb, and we like the idea of Android tablets. But it's pretty clear that when the best-selling Android tablet (at least here in the US) doesn't really look like any other Android tablet out there (or run the tablet version of the OS), but sells to end-consumers in quantities (4 million plus) in six weeks what all of the other tablets listed above combined probably didn't manage over the course of 2011, that Android tablets still have some tweaking and re-thinking that needs to be done before the majority of people will willingly put down their iPads for one in the $400-$500 range.

Tablets like the Transformer Prime have us optimistic that Android tablets are only getting better, but we'll have to see what 2012 brings.

OK, I'll be the first to admit I have a total vendetta against 3D television and movies. Absolutely, unabashedly hate them. But I'm not here to talk about how 3D sucks, or how much I hate it.

3D phones and tablets were a big deal at CTIA 2011 (a mobile technology convention) when we attended back in March. The LG G-Slate, Optimus 3D (aka Thrill 4G) as well as the HTC EVO 3D were the three big devices sporting 3D technology at that point. The G-Slate, though, required glasses for its 3D. The Thrill and EVO 3D did not. It's easy to see why the G-Slate failed (glasses, T-Mobile contract required), but are 3D smartphones a thing of the past as well? 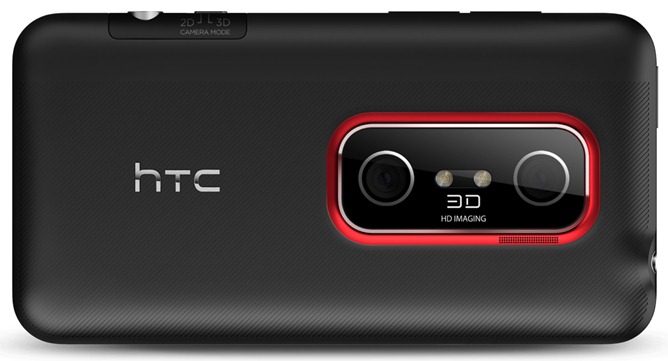 Since the EVO 3D and Thrill 4G this summer, there haven't been any other buzz-worthy 3D smartphones or tablets. HTC has released several major Android smartphones in the US since the EVO 3D, none of them supporting 3D. LG seems to have dropped the technology for their smartphones as well. Motorola and Samsung never got on board, the latter of which I found surprising, given their status as the maker of some of the highest-end 3D TV's on the market.

Are 3D phones dead? Without more 3D phones, there's really no need to make 3D-enhanced apps or games, and without apps or games, the 3D becomes almost useless for anything but taking photos and videos to watch on your 3D TV. Without those apps or games, there's not much point to the technology on a smartphone, aside from the aforementioned photo snapping (which really only requires a stereoscopic camera, the display is just for viewing them in 3D).

What about you - any big Android gaffs this year you think should have made the list? Let us know in the comments.

[Weekend Poll] Do You Prefer Hardware Or Software Buttons?

[Update x2: Modern Combat 3 On Sale Today] Gameloft Bringing In The New Year With A Bang, All ...