So, what kind of things can you buy from this store? Let's call them... enhancements. While some of these "enhancements" seem to be basic and fair (like ad-removal for example), others ride the border of paid cheating. These so-called tweaks will enable things like "Tile Pile," which calculates how many of each letter is left. Or perhaps you just want to pick up the "Word-O-Meter," a seemingly harmless addition that will help you find the strongest word in your particular set of letters. 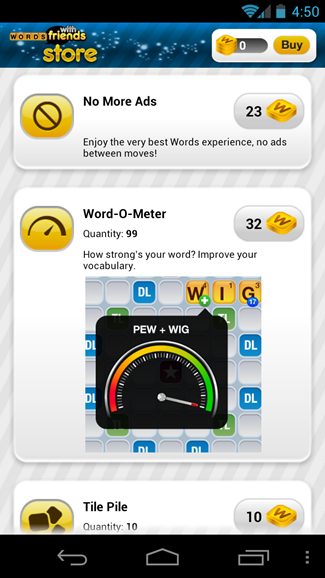 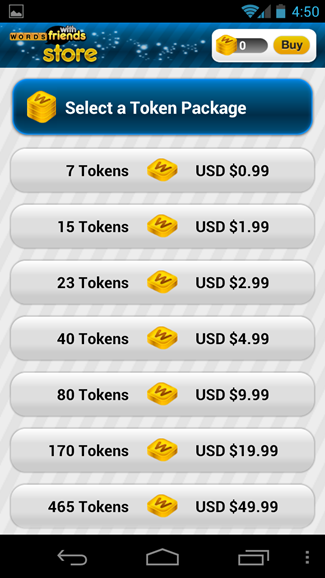 So, how is this cheating, you ask? It's not exactly cheating, but more of just an overall unfair advantage. These tweaks will basically help users who are willing to pay defeat users who don't want to (or can't) fork over the extra funds for the same advantages. This type of "gameplay" is something that we're beginning to see more and more often in mobile gaming thanks to in-app payments, but this could be the first time that we've actually seen it give one user a clear advantage over another in a head-to-head based competition.

Zynga also claims to have "more great features on the way," and after this update, I just can't wait to see what they have in store to screw over more users. Good job, Zynga! 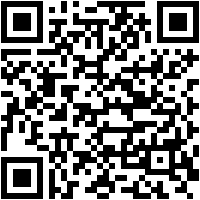