Did you give or receive an Android device for Christmas? Even if you did not, it looks like a whole host of people found the green robot under their tree this Christmas. According to a tweet from the ever-so-candid Android head Andy Rubin, 3.7 million Android devices were activated over the 24th and 25th of December.

Just over a week ago we reported that device activations had hit about 700k a day, which suggests that the Christmas weekend figures of approximately 1.85 million activations, per day, is a significant increase. However it is likely that this figure is inflated because family and friends are likely to give and receive more Android devices during the holiday season than over the rest of the year.

Mobile analytics firm Flurry has also noted that the Android Market has tripled its "life-to-date life-to-date downloads of 3 billion, reached in May 2011, to now over 10 billion cumulative downloads reached this December". This is a stunning statistic augmented by the influx of new devices owners seeking to download the latest and greatest apps.

It has also come to my attention that Andy Rubin's tweets seem to revolve primarily around Android device activations. Less work for the Android PR team I suppose. 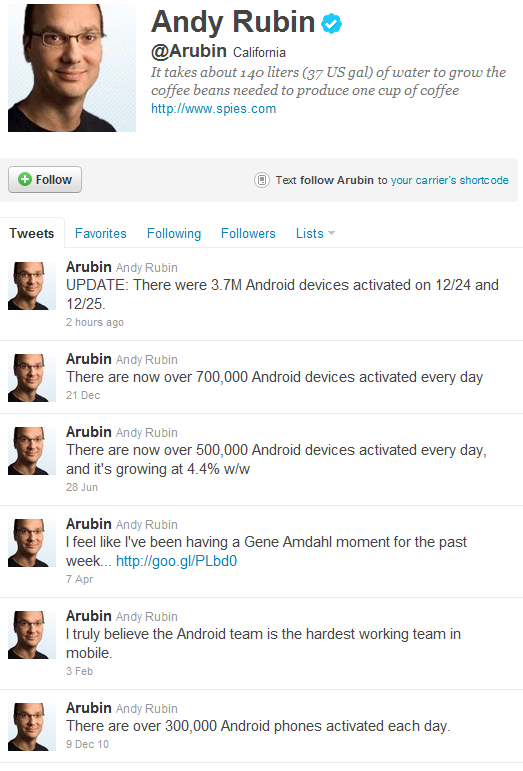