Sprint's variant of the HTC Flyer - the HTC EVO View 4G - is finally getting a taste of Honeycomb, bringing it up to par with competing Android tablets.

Originally launched with a heavily customized version of Android 2.3, the View 4G is now receiving an over-the-air update to Android 3.2.1. As you'd expect, the update brings Honeycomb to Sprint's version of the Flyer, featuring HTC's Sense overlay, and on-screen buttons which replace the View 4G's capacitive keys – here's the full changelog for this 217MB update:

This update adds Android 3.2.1 (Honeycomb) and a new virtual and holographic user interface. 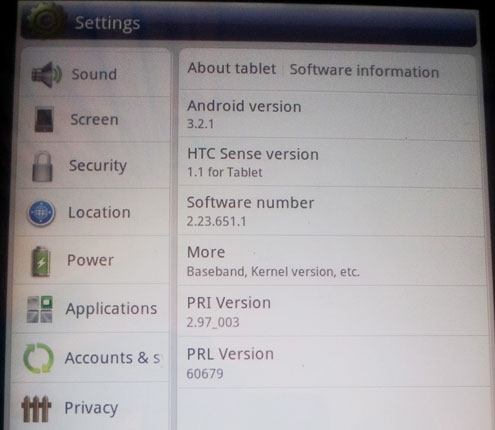