I've been on a bit of a headphone kick lately, and have tried out a number of sets from various manufacturers. The only on-ear headphones I've tried during this time, though, have been AKG's K 830 BT's, the company's only high fidelity Bluetooth headphones. Bluetooth headphones remain a relatively young technology, and have been growing steadily as more and more computers and smartphones adopt the A2DP Bluetooth audio transmission standard. 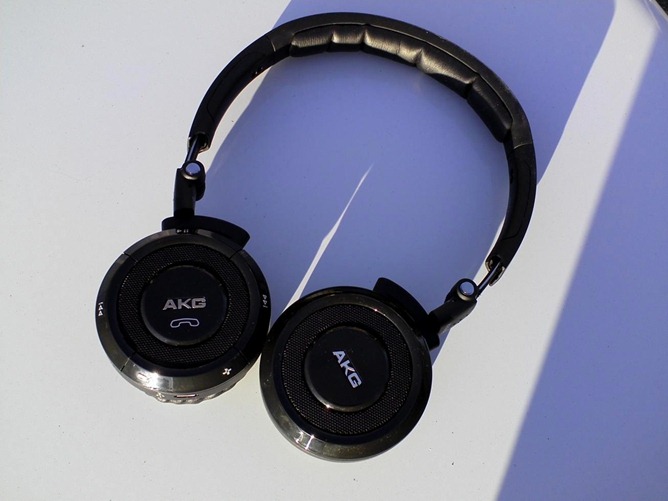 The 830 BT's are a very comfortable pair of headphones with some nicely designed (if plasticky) on-ear controls (track skip, volume, answer call, play/pause). But like all Bluetooth headphones, they suffer from diminished audio quality when compared to their corded counterparts, particularly at high volume and high frequencies.

For the average consumer, the 830 BT's are probably still going to be a relatively satisfying listening experience - they can get quite loud, provide good bass, and have a relatively flat response, meaning songs are played back fairly true to their recordings. But at a $250 MSRP ($150 online), you'll have to weigh just how important Bluetooth connectivity is to you in a headphone.

If you're coming from a good set of wired on-ear headphones, you might be surprised how comfortable the 830 BT's are - the earpads are a very soft, plush leather that has caused me virtually zero fatigue, and I wear glasses. The top of the headband is cushioned with the same soft leather as the earpieces. The adjustable headband is also difficult to accidentally pull out, so yanking the 830 BT's off your head is unlikely to mess up your ideal fit.

Of course, the lack of wires helps to prevent that from happening. Walking around the house with 830 BT's on requires a lot less attention to door handles and drawers than your typical headphones. 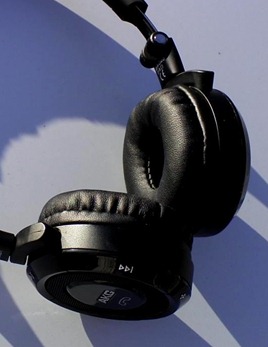 Still, they're probably not quite the kind of headphone you'd want to use for strenuous physical activity, as they sit somewhat loosely on the ear and could probably fall off with a sufficiently powerful jerk of the head. But you don't really see a whole lot of people using on-ear headphones in this fashion, so it's probably not a big concern for most persons anyway.

The location of the controls makes wearing the 830 BT's even more convenient, and their foldable design means they're easily tossed into a laptop bag or backpack when you're on the go.

Unfortunately, sacrifices appear to have been made on the quality of materials in some areas, particularly the driver housings. They're a brittle-feeling, shiny black plastic that has a tendency to creak, and just sort of feels cheap. For a set of headphones retailing for $150, and with a $250 MSRP, this seems a bit out of place. In fact, the silver paint over the control buttons on the left earphone is starting to fade and scratch off on my review unit, definitely subtracting from overall fit and finish. 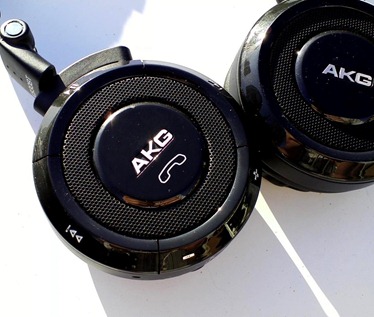 Of all the headphones I've used, I like the 830 BT's controls the best. They're simple, and do everything I want headphone in-line controls to do. Namely - play, pause, previous track, next track, volume up and down, and answer or end phone call. Each of these functions has its own button (track controls are around the edge of the earphone, call in the middle), meaning with a few days of practice, you'll memorize their locations easily.

This is supremely convenient, and definitely my favorite part of the 830 BT's. While the controls themselves feel a little plasticky, they worked just fine with any music app I tried on my phone.

The microphone works decently, but the location of it (it's on the left earphone) in relation to your mouth means you'll probably sound a little "distant" to folks on the other end, an issue with many Bluetooth microphones that sit on the ear.

I never had an issue getting the 830 BT's to connect or otherwise play nice with my phone, and never lost a connection once they had been paired. Just stay within 5-8 meters of the transmitting device, and you're golden.

Unfortunately, this is where the 830 BT's didn't do a lot to impress me when compared to a wired headset. The thing to remember, though, is that this device is targeting a pretty particular market with its Bluetooth connectivity, so let's start our comparison in that area. For Bluetooth headphones, the 830 BT's sound really good - most BT headphones, even when using A2DP, sound harsh at high frequencies and have issues delivering adequate bass.

The 830 BT's definitely still have some deficiencies at the high end of the sound spectrum, but not as bad as some cheaper in-ear Bluetooth headsets I've listened to. If you're searching for true high-quality wireless sound, though, you might want to check out AKG's slightly pricier K 840 KL's, which use Wi-Fi to stream lossless quality audio to your phone or other Wi-Fi device (they're about $200.)

Regardless, the 830 BT's deliver solid bass, nice, flat mids and highs, and generally feel accurate at medium to medium-low volumes. Crank the dial up, though, and they'll start yielding different results. Higher frequencies will sound crispy and compressed, and the mid-range starts feeling a little too punchy for my taste. Additionally, you may get some buzzing on particularly bass-heavy tracks.

The bottom line is this: as long as Bluetooth is unable to deliver near-lossless performance (or at least resolve these issues at higher frequencies) and handle the full range of sound modern music takes advantage of, it will never be a replacement for wired audio. But until then, if you need a Bluetooth headphone with a microphone and track controls and sound that makes the best of a bad situation, the K 830 BT's are probably one of the better choices you can make. They're comfortable, sound decent, and are pretty easy to work. Still, at $150 street price, you'll definitely have to ask yourself if A2DP is something you can live with. Personally, I'm not a fan.

If you're looking for true high-fidelity wireless audio, Wi-Fi headphones are probably going to be more up your alley - even if they may prove more difficult to set up and make you use a transmitter dongle.