Following the example set by AT&T and T-Mobile's Samsung Galaxy SII variants, Sprint's Epic 4G Touch is set to get its own white counterpart, probably in early 2012. Pocket Now speculates that the Epic 4G Touch's white version may be announced at CES. 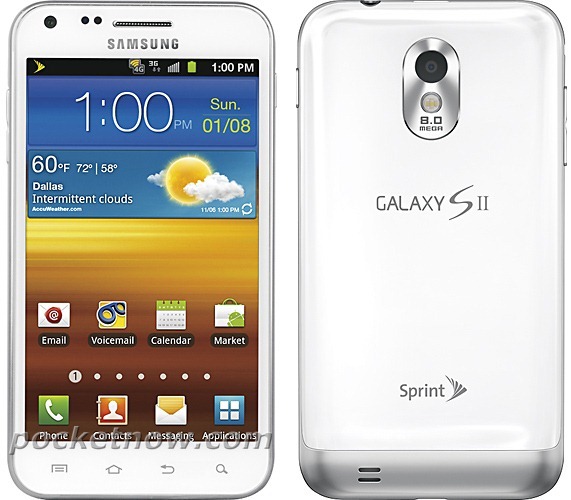 Personally, I'm hoping Sprint has a little more to talk about at CES than their own white SII, but the paint job does look rather flattering. While the above shot is all we have to go on for now, we'll be here to cover any other details that may emerge.

[Updated: Now Live In The Market] Ability To Start A Google + Hangout From Your Mobile Device