Every Nexus release thus far has been accompanied by a neat YouTube-based Nexus Unboxing video craziness (see 1 and 2). The Galaxy Nexus launch in the U.S. is no exception - in fact, it turns out to be the subject of Android's tease this past weekend (which some folks found kind of disappointing considering the level of expectations reached something like FREE NEXUS FOR EVERYONE!!11, ICS for all devices, and the release of Majel). 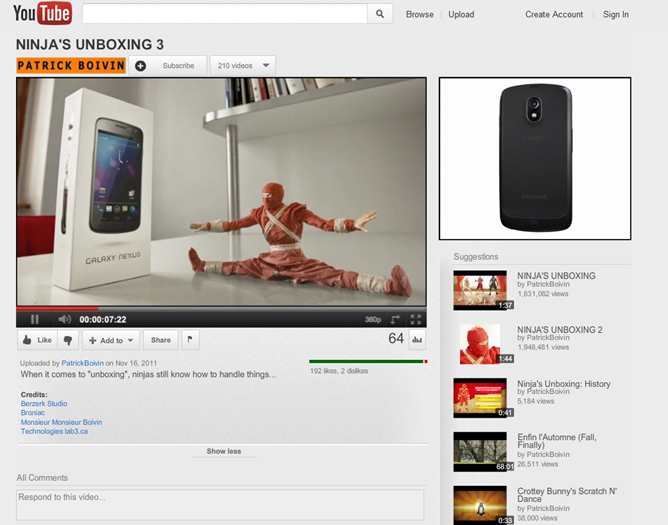 Ninja's Unboxing 3, as before, takes over the fake YouTube video page, but this time gets down 8-bit style. 3 levels later, and... never mind, I won't tell you how it ends - nobody likes spoilers, right? Clear your schedule for the next 15 minutes, jump in, and try it yourself.