Prev
Posts in the last
24 Hours
sorted by
Hottest
Next
Update: The update just went live in the Market. It not only brings the ability to start a hangout from your mobile, but a few other fixes and features as well:

Hit the widget below to grab it!

While we've had the ability to join a G+ Hangout from mobile for quite some time, the option to actually initiate one has been noticeable absent. That's all about to change within the next few days, however, because Big Daddy Goog is going to push an update that will allow users to start a Hangout (or "go live" as they worded it) from a mobile device. 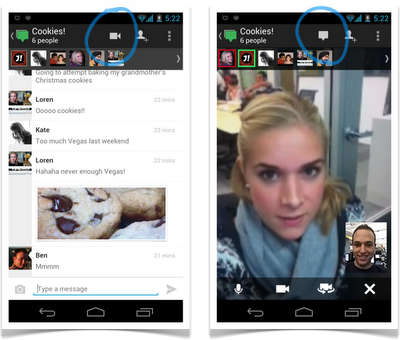 The update is expected to his the Android Market within the next "few days," so I wouldn't be surprised to see it before the end of the week. The iOS version will be receiving the update shortly, as well, for those who are into that sort of thing.

For more info, hit up the official Google Blog.