TeamWin, the developers who originally developed CyanogenMod's WiMax compatibility, have been working on TWRP (Team Win Recovery Project) for a while now, and have just released the second iteration of the custom recovery.

TWRP 2.0's most notable new feature is without a doubt its touchscreen-centric GUI -- while this isn't a first, it certainly is extremely convenient: gone are the days of "scrolling" through lists with super-stiff volume buttons and selecting items with a click of the power button; with TWRP 2.0 you can simply tap and be there!

Other than that, most of the other new TWRP 2.0 developments concern bugs and glitches in the original version of the recovery, so we shan't spend any more time on them; instead, let's take a look at some of TWRP's core features, as listed on TeamWin's website (these were present in the original iteration as well): 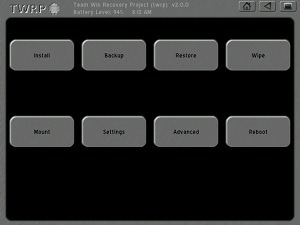 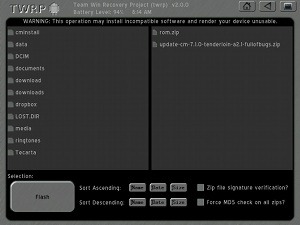 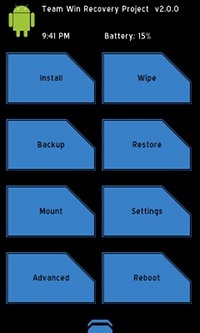 The best thing about TWRP 2.0 is that it's already available for a number of major devices, with support for more presumably on the way:

Keep in mind that since this is the very first release of TWRP 2.0, there are bound to be at least a few bugs; however, given that the recovery's feature list is nothing short of stunning, it's almost certainly worth a look nonetheless.