Prev
Posts in the last
24 Hours
sorted by
Hottest
Next
Update x2: Amazon Wireless just dropped the price of the Galaxy Nexus for new subscribers down to $150 (still $250 for upgrades). It's only "for a limited time" so you better hurry!
Update: Wirefly just dropped the price a bit more, down to $190 with a new two-year agreement or $240 for upgrades.

Well, it's finally here – Verizon's variant of the hotly anticipated Galaxy Nexus is available at last, going live with a variety of online retailers just moments ago.

First up is VZW, offering what is perhaps their most hotly anticipated device this year for the hefty price of $299 with a new 2 year agreement. The plus side here is that Verizon offers free overnight shipping (it's worth noting that VZW has the lowest off-contract retail price, asking just $649.99). If you want to get the latest Nexus device straight from the only American carrier to officially carry it, head to Verizon's listing. 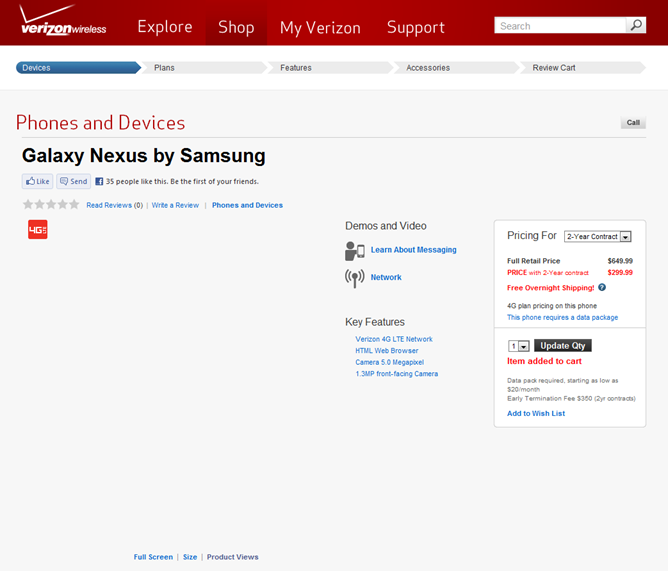 Amazon Wireless is offering the Galaxy Nexus for a substantially lower price – you can grab the device on a new contract for $199.99, or as an upgrade for $249.99. Check out Amazon Wireless to grab the Nexus at a great bargain. 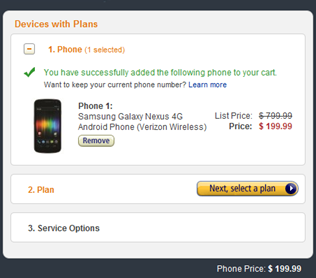 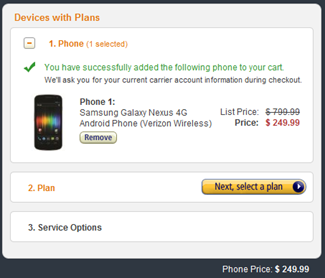 Finally, Wirefly has Samsung's beastly new addition to the Nexus family for $220 on a new contract, or for $250  if you're planning to upgrade. These prices are a little higher than Amazon's, but a discount nonetheless. Head over to Wirefly to take advantage of the bargain. 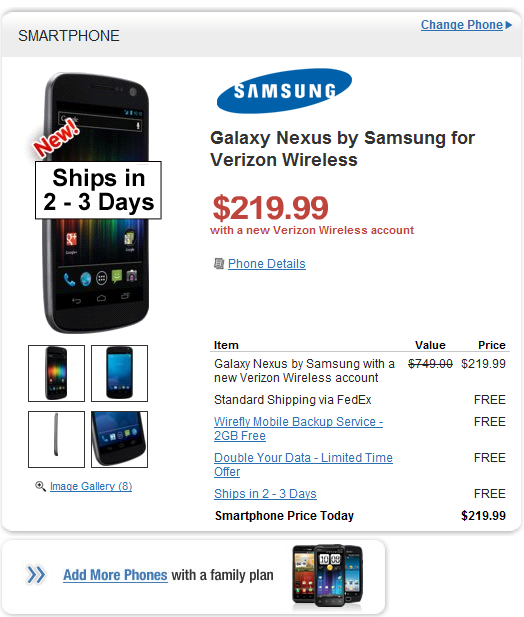 Just in case you've forgotten why the Galaxy Nexus is awesome, here are the specs one more time:

If you're in the market for a new phone, this is the device to beat, and it's great to see the Nexus already available for discounted prices online. That being said, what are you waiting for? Head to one of the retailers above and get your hands on the Galaxy Nexus.