If you're the proud new owner of a Galaxy Nexus on Verizon, then your device should be receiving its first OTA update sometime today. It's mostly a bug-fixer, with a few optimizations thrown into the mix: 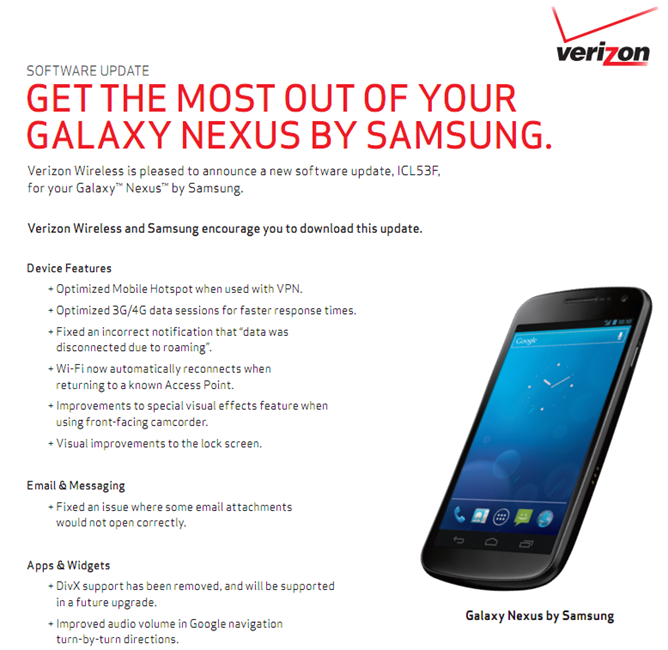 Onavo App Update To Include Widgets, Helps You Track Your Data Usage In Real-Time