There is no shortage of launcher replacements for Android, but once in a while a new one comes along and takes the launcher experience to a new level. Such is the case with TSF Shell Pro, a new launcher currently in development by a team of developers who call themselves C3D. TSF, their brand, stands for The Special Forces, and special they are - just take a look at what the team cooked up.

TSF Shell Pro has a UI so polished that your favorite launcher will feel like it was designed in 1999. How about 3D widgets with interactive modes and animations? And I'm not even going to mention lasso-style app icon selection, folder boxes like you've never seen before, pop-up menus, multitouch rotation, and free-style positioning (oh wait, I liked, I am going to mention those).

As I mentioned, TSF Shell Pro is currently in active development, but in the meantime we do have this 8-min video that showcases everything it can do. Just hold on to your butts: 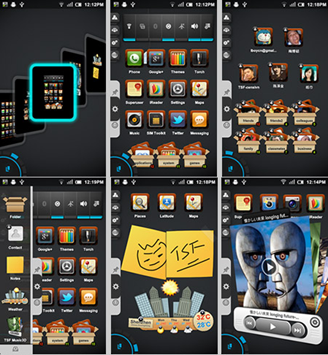 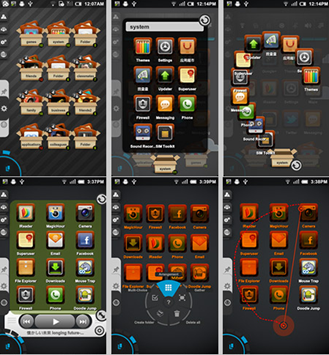 The above kind of reminds me of TAT (The Astonishing Tribe) Home, but since the company was acquired by RIM, we don't expect anything good to come out of them for Android anymore.

I'm anxiously waiting for TSF's first public release, how about you?

Update: If the video looks crowded to you, it's because they wanted to demo all the features at once. If you don't like your homescreen to be busy, just don't make it busy - it's up to you.