Despite rumors that the game would be delayed until 2012, Sega released Sonic CD to the Android Market today, bringing nostalgic Sonic action to your Android device for just $1.99. 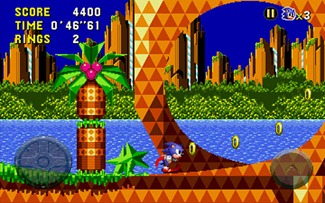 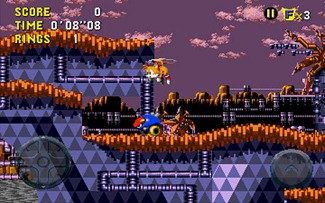 Sonic CD follows the titular hedgehog hero to Never Lake to see Little Planet, a time-bending world powered by Time Stones. Of course, Dr. Eggman wants to get his hands on the Time Stones in order to control time, and it's up to you to stop him. The game takes players through a variety of environments, keeping up with Sonic's classic style of gameplay using on-screen controls.

Adding a fun twist to everyone's favorite ring-grabbing side scroller, Sega has implemented leaderboards, achievements, and US and Japanese soundtracks, making for a slightly updated Sonic incarnation.

For just $1.99, this nostalgic treasure is definitely worth checking out, so hit the market link below and grab a copy.