Prev
Posts in the last
24 Hours
sorted by
Hottest
Next
Update: We started hearing word last night that this update is rolling out, and that seems to be confirmed across the board. Hit Settings > About phone > Software update to see if it's available on your end. Thanks, Scott!

Verizon updated its support documents for the Motorola Droid Bionic earlier today with info of an OTA update that should fix a gaggle of issues with the device.

Among the fixes, you'll find improved 3G and 4G connectivity, "improvements in device stability" to "help avoid power cycles," improvements in the messaging application, and a fix for the issue that caused apps to disappear from the app tray when moved to the SD card, among others. 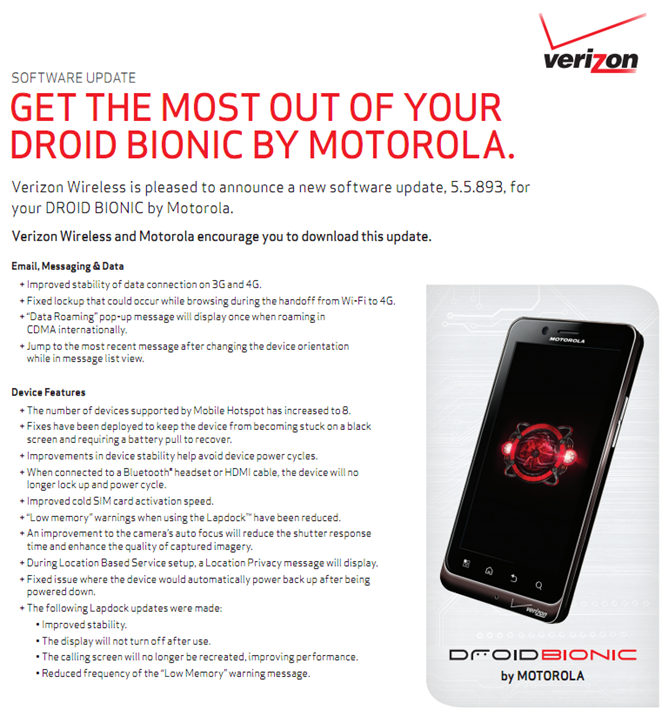 While no specific date has been set for the rollout, we generally see updates start to hit devices within a week or two from the time info shows up VZW's site.

For a look at the full list of improvements, head over to VZW's support site (PDF).

Coming Soon: The Android Police 2011 Mega-Holiday Giveaway - So Much Stuff We Made Santa Jealous