If Logitech's price drop on their debut Google TV box this July wasn't enough, those looking to get their hands on the Revue without spending much money now have a pretty nice opportunity thanks to Tiger Direct. The online electronics dealer is offering refurbished units for a paltry $79.99, with free shipping included if you buy this weekend. 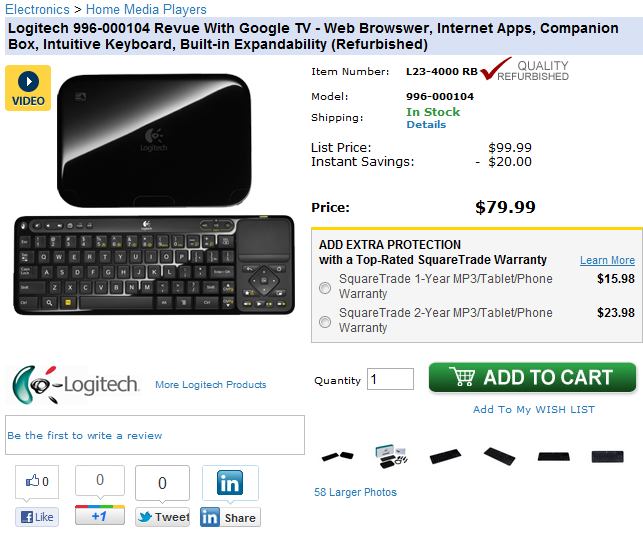 For those unaware, the Revue is Logitech's sole Google TV device, meant to bring the Google TV experience to your HDTV by offering easy access to web and television content, as well as a host of specially-developed apps meant for use with Google's television venture (including Netflix).

The Revue got a long-awaited update to Android 3.1 just days ago, so now is a great time to pick one up if you've been holding out for a bargain.

To take advantage of the deal, just head over to Tiger Direct.

Official Demo Android 4.0 Update For The Huawei Honor (U8860) Released