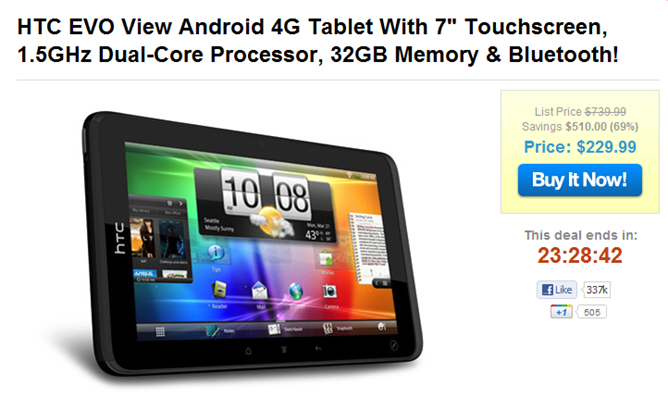 Their title is wrong. It says dual core, but trust us, unless they have some super secret prototype we've never heard of, the tablet you receive will be strictly mono-core.

The GSM version (the HTC Flyer) recently got it's Honeycomb upgrade, so hopefully this version will soon be saved from a lifetime of giant Gingerbread apps. The hardware buttons though, those are forever.

Eric Schmidt Claims Google TV Will Somehow Be On "The Majority" Of Televisions Sold By Summer ...