ADWLauncher EX, one of the most popular launcher replacements on the Market, has received a major update just in time for the app's birthday, and Google's 10 Billion app download celebration, which is set to bring 10 apps a day to the Market for just $0.10 each over the next 10 days. ADWLauncher EX is set to be one of the promoted apps, so new buyers should hold off until it appears in the promotion.

ADWLauncher EX's update brings a lot to the table, including an enhanced dock bar, ICS-style folder creation, hardware acceleration (on specific features when possible), and much more. Here's a full list of what's new:

To highlight some of ADW's new features, Tim-o-tato from Droid Life ran through the updated app in a quick video:

If you have the launcher already, grab the update. If not, wait a little while and grab it for $0.10 from the Android Market. 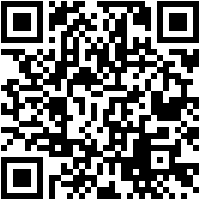 AT&T Toggle Hits The Android Market – Keep Business And Pleasure Separate With The Click Of A ...