The other day, Polarbit released a new game called Tank Riders, and I was thoroughly excited to get my hands on my own tiny tank. I mean, who doesn't want to control a miniature tank and blow things up with miniature artillery? Nobody, that's who.

At first glace, this game seems to have all of the action-packed fun you'd need to last a while. Polarbit boasts rich and vibrant graphics, attacking hordes of bad guys in single-player campaign mode, playing against other tiny tank riders in online multiplayer, and downloadable content that will keep the game fresh and exciting. Unfortunately, I was really only impressed with the visuals and campaign mode, but more on that later. 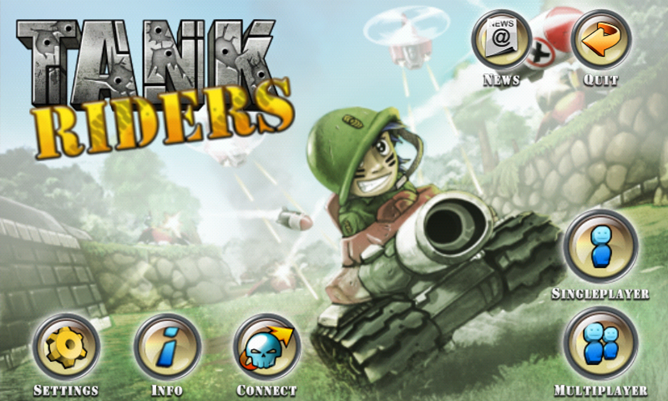 In the single-player campaign mode, you drive your little tank around maze-like maps, blowing up walls and crates, looking for coins and diamonds, and avoiding and killing enemy tanks. What makes the campaign mode fun and unique are the enticing visuals and fast-paced gameplay. Each level is completely different and offers something new for you to try out, whether it be different types of ammo and power-ups, or playing a different type of mission.

Tank Riders has a few different ammo and power-up types, all of which are fun to play around with and master. Here's what you will come across:

Missiles cause more damage than both the cannon and mortars, but fire at a slower rate than the cannon. Mortars cause less damage than missiles, but more than the cannon and have the advantage of shooting over walls, making your enemies easier to kill if they're hiding. As for the bouncing cannon ammo, it's more of a power-up for your cannon. It basically allows your cannon fire to bounce off walls, making previously unreachable targets attainable. The power-ups pretty much explain themselves.

There are three different mission types in campaign mode, and they each provide something fresh for you to accomplish.

Overall, I thought the campaign mode was pretty well done. The graphics are smooth and exciting, the soundtrack is fun, and the variety of ammo and missions is awesome. It did get a little repetitive after the first several levels, though. I also didn't come across many hoards of attacking bad guys. I personally would have liked my tank to drive a little faster, too, as the pace does get frustratingly slow sometimes.

Alright, this is where the game really disappointed me. The online multiplayer seemed like it would be so much fun at first, and after the campaign is completed, this is all you have left to play. Unfortunately, there just isn't anyone on the online servers to get a game going. I did manage to get in a few games though, and I wasn't impressed. First off, there is a horrible lag time, making the game almost impossible to play. Sometimes I would dodge enemy fire only to be killed several seconds later out of nowhere, which also seemed to be happening to my opponents. At just under a minute in length, the matches were just entirely too short as well. I understand that it is meant to be fast-paced, but with slow moving tanks and some large maps, the match is over before you even have a chance to get into it.

If those issues were fixed, multiplayer mode would add tremendous replay value to this game. That being said, I know that the game is brand new, so I'm sure that the servers will see more activity as more people begin to play it.

I feel that the control options available in Tank Riders need special attention. You have two options when it comes to controlling your tiny tank - "DPad and Tap" and "2 DPads". The first gives you a DPad on the bottom left of your screen to steer with and allows you to tap the location of your target to fire. The second gives you two DPads, one to steer and one to control the direction of fire. Both of these options have their own flaws.

The first, the least frustrating in my opinion, is the smoothest and easiest to use out of the two. It provides precise direction of fire and decent maneuvering, but the left DPad gets in the way if you have enemies on that part of your screen.

The second is nearly impossible to use. There is no true way to steer your tank and fire precisely at the same time.

This may just be one of the limitations of touch screen gaming, but damn it is frustrating.

This game could definitely use a bit of work and tweaking. Overall, Tank Riders looks great and has a good concept, but several minor issues cause major frustration. The best part of the game is the campaign mode, but even that gets a little repetitive and slow after a while. Issues in controls and the multiplayer mode disappoint me, but if things improve, this game will have a very high replay value.

On another disappointing note, I never found the downloadable content that was mentioned in the game description. Maybe that's set to come at a later time, though. Hopefully with updates to fix the current annoyances.

Hit the link below to get Tank Riders for yourself. It'll set you back $1.99, but I'll let you decide if it's worth the money or not. 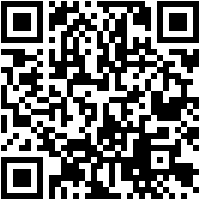 [Monthly Home Screen Challenge] And The November 2011 Winner Is...