Having harbored a lifelong love of both moonshine and wreaking havoc in souped-up airboats, I was naturally excited when we came across Shine Runner. Finally, I can blaze across backcountry bayous, smuggling only the finest hillbilly necessities. This game is the latest from Vector Unit, makers of Riptide GP, and it is sure to bring out the hillbilly in you.

The concept of this game is quite simple - you are an airboat-riding hillbilly out to smuggle several different backcountry essentials around the bayou. Your goal is to make as much money as you can in a 10-day span by buying and selling the goods at different locations.

The first two aspects of Shine Runner that caught my attention were graphics and game physics. Much like Riptide GP, the graphics in this game are stunning and smooth. Every detail is eye-catching, and it really adds character to the game. The boat physics are also spot on. Your airboat slides and glides across the water in an exciting, realistic manner, making the game easy to get into right from the start.

Unlike Riptide GP, Shine Runner has only one game mode. As stated before, your goal is to make as much money as you can in 10 days. You do this by buying items when they are priced low and selling them at another location when the price increases. While there are other hillbillies out on the bayou with you, you don't race against them. You aim to finish the course in the shortest amount of time to get a cash bonus. After your 10-day smuggle stint is over, your final payout is calculated and compared to your high score. To make things more competitive you can compare your scores with the world using OpenFeint.

You have two options when it comes to steering your boat - tilt or touch controls. In my opinion, the touch controls provide a better gaming experience when using a smaller device. Tilt controls seem like they would work much better on a tablet. Speaking of controls and tablets, unlike Riptide GP, this game unfortunately does not support the use of a gamepad.

What really makes Shine Runner so much fun is the fully-destructive environment. You can literally destroy anything and everything that gets in your path. Crash through buildings and docks, destroy fishing boats, and eject other boaters (including police boaters!) from their vehicles if they cross you.

What makes this game worth buying is the silly theme, incredible visuals and fast-paced, destructive gameplay. While the lack of different game modes is disappointing, I have yet to lose interest even after logging several hours of game time. That being said, I certainly would like to see some more modes added in the future. It would be pretty awesome to actually race other boaters in this type of environment.

On another note, Vector Unit mentions playing this game on your HDTV with HDMI out. I would definitely love to see these stunning graphics on the big screen, but would probably wait for gamepad compatibility before doing so. So I hope that's added soon, too. 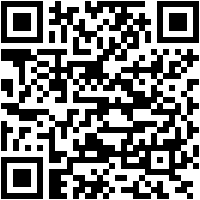