Our elusive friend the Galaxy Nexus has made yet another appearance at the FCC, gaining approval for GSM 850/1900 and WCDMA II/IV bands, indicating an impending AT&T release.

Update: A tipster has informed us that the GT-I9250T's 'T' suffix may indicate that the phone is not actually headed for the US, but for either Telcel in Mexico, or Telus in Canada. This speculation seems conceivable, given that previous Galaxy models with a T suffix went to one of the two carriers listed above. Again, this is merely (informed) speculation – since neither AT&T nor Telus have said a word about the Galaxy Nexus, anything is possible. 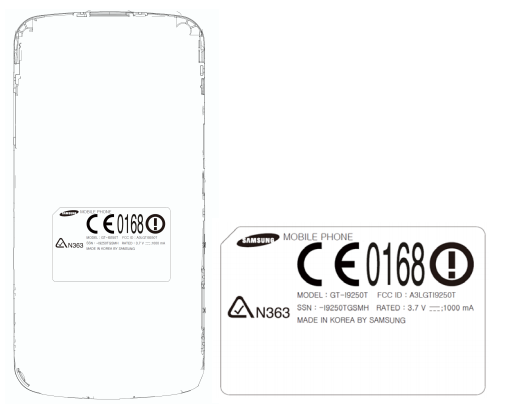 Of course, AT&T has been as yet totally silent about the device, so don't get too worked up yet. We'll be here, as always, to report on any new details that emerge.