Remember way back in May, when NVIDIA showed off Glowball to demonstrate the Tegra 3's awesome quad-core power? Well, it looks like the full version of the visually stunning, technologically fascinating "interactive demo" has made its way to the Tegra Zone.

Glowball isn't quite a game, as it consists of just two levels, and was specifically designed to showcase the Tegra 3's power, but it certainly seems like an enjoyable doodad for your Tegra 3 device. Users can play through richly detailed Carnival and Sea Floor environments, rolling about and experiencing the power of NVIDIA PhysX, as environmental elements hit back or otherwise react to user input. 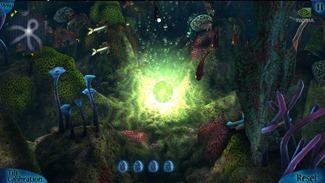 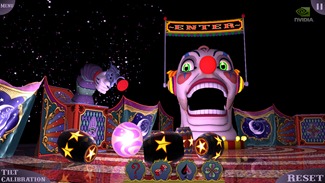 It's worth reiterating that Glowball was made just for the Tegra 3 "superchip," so users will have to get their hands on a quad-core beast like the Transformer Prime before they can test out the interactive demo. In the meantime, you can check out Glowball's listing over at the Tegra Zone for more screenshots, and a full list of technical wonders present in the game.

Be Constantly Reminded Of What You Would Rather Be Doing With The Tegra-Exclusive Skyrim Live ...