Prev
Posts in the last
24 Hours
sorted by
Hottest
Next
Update: We just confirmed that the update is rolling out now. Hit Settings > About phone > Software update to see if it's available on your device!

Fascinate owners, you've been waiting for a long, long time for the update to Android 2.3, and it's finally here. The Gingerbread update is ready to go according to Verizon's support documents, and it could begin rolling out in full force as early as today.

The update brings the expected enhancements and bug fixes: 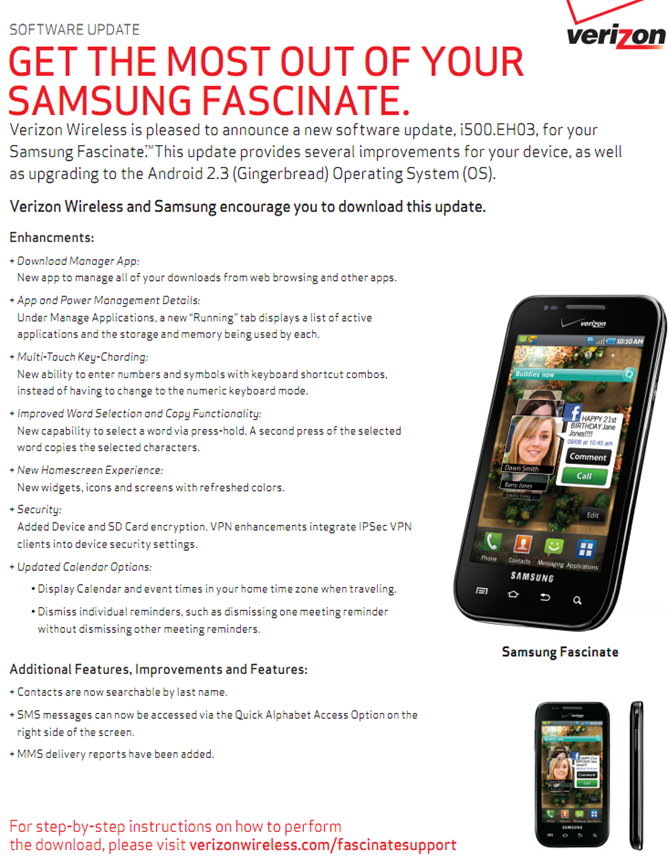 We're starting to hear reports that this update could be on its way out now, but will update when we get some solid confirmation. If it hits your device, drop a link in the comments and let us know!

Verizon Wireless: Carrier IQ Is Not On Our Phones

Hell Hath No Fury Like A Corporation Scorned: AT&T Responds To The FCC's Merger Report