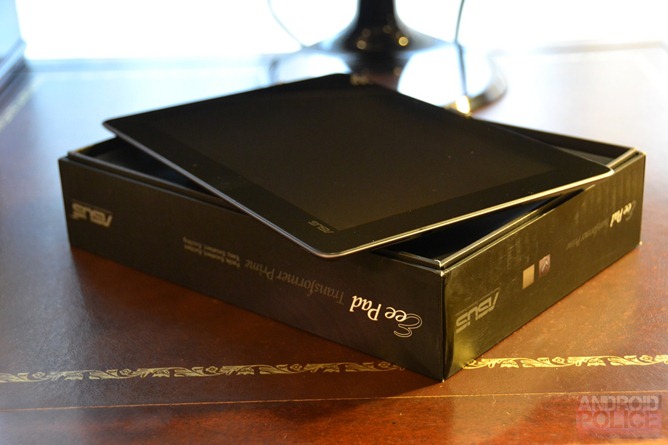 Asus further steps things up with other goodies, perhaps chief of which is variable power settings that function much the same as those on a laptop. "Normal" mode is effectively high performance, with everything capable of running at full speed as needed. "Balanced" caps the CPU at 1.2GHz, and "Powersaver" mode sets the ceiling at 1GHz for single/dual-core modes, 700MHz when three cores are being used, and 600MHz when all four main cores are active. I'd love to tell you it works like a charm, but the hell if I've had even the slightest urge to crank things down from "Normal." I will at some point in the next day or so, for science! 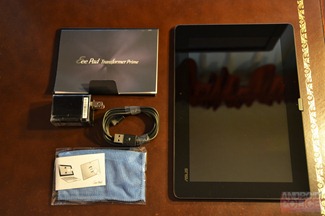 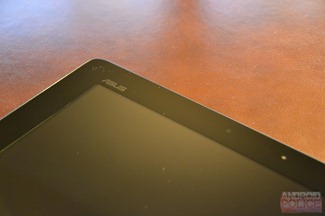 Enough about the tech inside - let's move on to the outside. All class here, as expected: the entire package is incredibly attractive thanks to the slim dimensions, relatively light weight, and spun aluminum design. The color - in my case, amethyst gray - is certainly appealing (definitely more so than the brown used for the original Transformer), though in some lighting it takes on a strong purple tint that some people may not enjoy. Regardless, I think the design and color are both stunning. 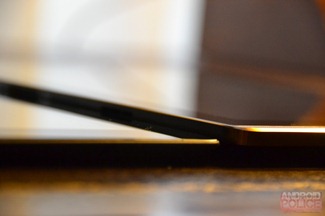 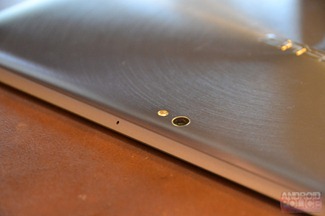 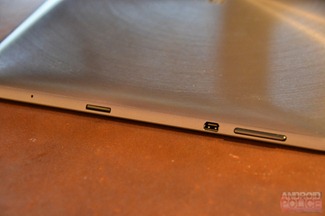 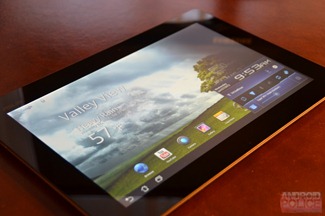 But we've seen thin, light, beautiful tablets before (although in my opinion, the Prime is the best yet) - what many of you are really here for is the performance. After all, this is the first tablet to come packing four cores (or five, if you count the companion core) via the highly-anticipated Tegra 3 processor. I've run the Prime through real-world use cases (movies, games, browsing, email, and so on), and I have to admit that I'm absolutely amazed. I had high expectations going in, and they've all been surpassed - no small feat. 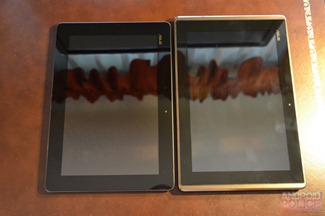 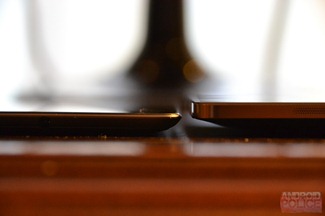 For example, browsing is fantastic whether you have plugins enabled or not. Truth be told, I don't know that I have ever used a device with such smooth browsing. Another example is gaming - as expected, games are absolutely stunning. Glowball stands out the most graphically, though Da Vinci, Riptide GP, and Shadowgun are both plenty impressive.

Luckily, it seems all that extra power doesn't take a toll on battery life; in my use, the battery seems likely to outlast my TF101 (original Transformer), and Asus's real-world testing scenarios seem to reinforce that:

1080P video playback (six files in the playlist, replay the playlist located on the SD card until the unit shutdowns)

Reported battery life claims of up to 12 hours for the Pad and 18 hours for the Pad/Docking station are achieved playing back a 720P video clip off the SD card in airplane mode, power saving mode, and video set at 60nits.  Actually, those numbers were easily exceeded with the retail units.

The dock, too, is amazing - it's incredibly thin and light, especially in comparison to the original TF101 dock. It feels better, too - the keys have an almost rubberized texture to them now that's quite pleasing.

It's still too early for many other details, but I'll leave you with a tl;dr: thus far, the Transformer Prime seems to be the best tablet I've ever used in virtually every regard. 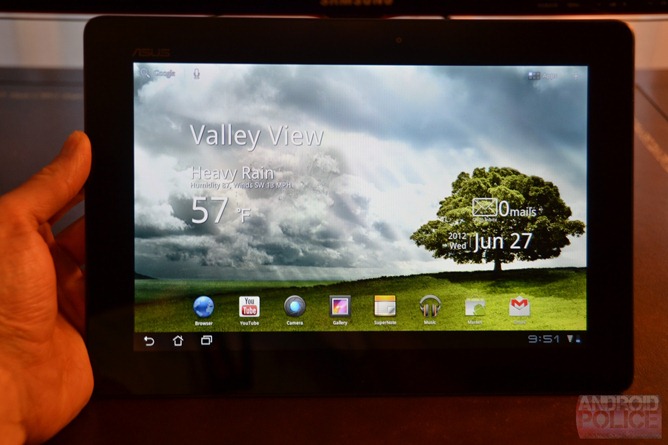 Feel free to ask questions in the comments below - assuming they're valid/reasonable/answerable, I'll be following pretty closely and will address them as possible. And once again, be sure to check back on Friday for the full review!

ASUS' Transformer Prime Shows Up On Nenamark, Blows All Other Tablets Out Of The Water