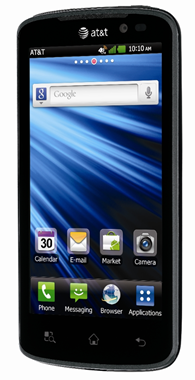 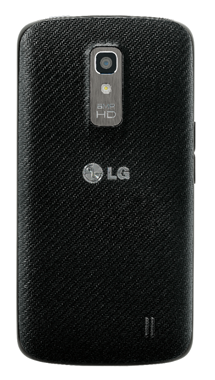 Spec-wise, the Nitro is packed to the gullet with top-of-the-line guts:

The Nitro will be available beginning December 4th for $250 with a two-year agreement. Anyone interested?

LG Nitro HD offers incredibly quick speed, power and efficiency in a slim design (5.27” X 2.67” X 0.41”) making it easy to view, create and share in HD. LG Nitro HD multitasks seamlessly and with AT&T 4G LTE and HSPA+ where available, it easily browses even the most content-heavy websites and runs HD games with ease, including HD gaming from the Gameloft HD game store and Zynga Poker HD.

An 8-megapixel HD camera and 20 GB of total memory (4 GB on-board plus 16 GB via In-box microSD) allows users to capture and view crystal-clear True HD images and video. Wi-Fi Direct™ technology and DLNA® features offer wireless HD content streaming options, making it easier and faster than ever to share HD content with the people and networks that matter the most.

AT&T is the only U.S. carrier providing 4G using both HSPA+ and LTE technologies. HSPA+, when combined with enhanced backhaul, provides customers with compatible devices 4G speeds, meaning customers get a faster and more consistent 4G experience, even when outside of an AT&T 4G LTE area.

Be one of the first to experience the phenomenon of LG Nitro HD on Dec. 4, available exclusively in AT&T company owned stores and online for just $249.99 after a two-year contract.

“With the LG Nitro HD as one of our last smartphones to arrive in 2011, we’re closing out the year with a bang,” said Jeff Bradley, senior vice president, Devices, AT&T Mobility and Consumer Markets. “We’ve seen others get close to a true HD experience on Android superphones this year, but Nitro HD is the one that does it right.”

“LG continues to push the boundaries of what is possible on mobile devices today,” said Tim O’Brien, vice president of marketing for LG Mobile. “LG Nitro HD will be the first smartphone available for AT&T to feature True HD AH-IPS capabilities, and the advantages of a crystal clear display are immediately evident after seeing the device first hand. In addition to sporting the clearest and crispest display on the market, LG Nitro HD will be one of the fastest and most powerful smartphones available.”