Nobody is really sure what it means at the moment, but we definitely know the ad showing the Verizon Galaxy Nexus for $199.99 is real. As in, It's not fake since it's showing up on Android sites across the web (we've spotted it here at AP, at Phandroid, and DroidForums to name a few). These ads are run by NetShelter, which is a premium advertising network that deals directly with carriers and manufacturers and does not mess around - we know them all too well.

Clicking Learn More goes to this page that doesn't list the Galaxy Nexus, so either someone pressed the Launch button a bit too early or the ad was scheduled ahead of time and someone forgot to postpone it due to all the recent delays. One thing stands out, however - $199.99 is about $100 cheaper than we thought the Nexus would go for. Of course, it may be a holiday promotion, but hey - we'll take it. 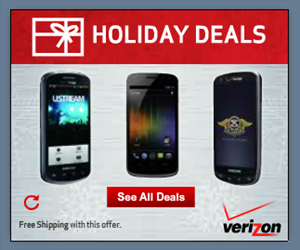 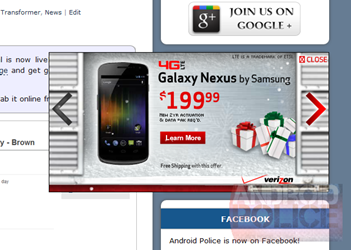 Note the tag "cmp=BAC-OM-111129-HOLIDAYSAMSUNG" in the Learn More url, which seems to point at a mysterious 11/29 date. Could it be the date the sale will go online? In that case, we're definitely seeing it prematurely. That and the fact that it also lists the Droid Charge and the Stratosphere at $99.99, while right now the very same page you get by clicking Learn More shows the Charge at $199.99 and the Stratosphere at $149.99. Hmm... 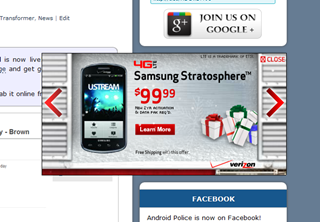 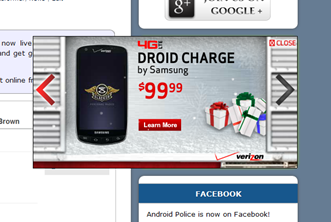 Here are the relevant parts of the ad: [1] [2] - check them out for yourself while they're still working.

So, does anyone else have any other theories? Spill the beans in the comments.