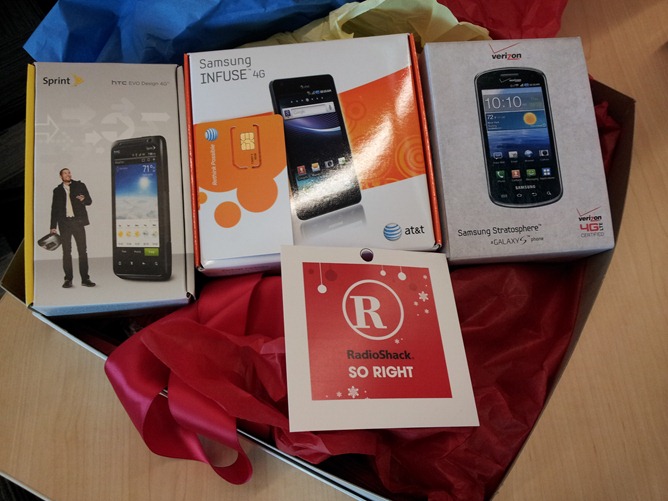 Since we have three phones to hand out, we're going to make each contest quick and dirty. Each one will last for one day, and one day only.

Before we get into the giveaway details, we want to give a shoutout to the guys at RadioShack. They have an awesome pre-Black Friday sale currently going with over twenty-five phone from AT&T, Sprint, and Verizon all going for absolutely free. Here is a shortlist of some of the deals that you can catch between now and tomorrow: 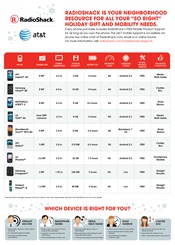 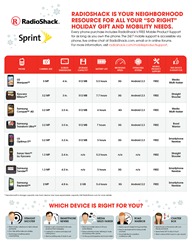 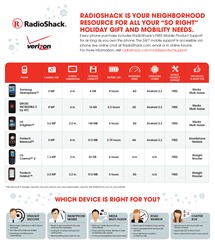 Keep in mind that the deal ends tomorrow, November 23, so if you're looking to score a new phone for nothing, you better hurry! 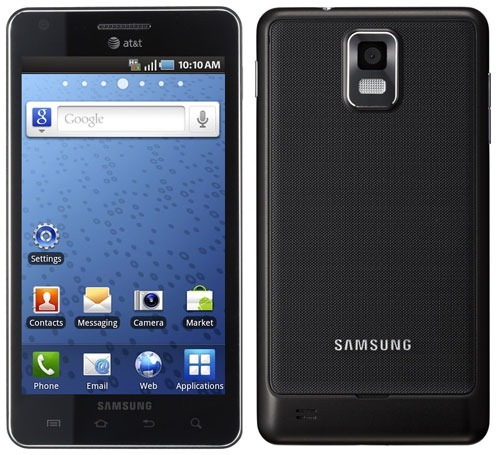 We gave away the first of the three phones, the Samsung Stratosphere, yesterday (the post will be updated with the winner shortly), and today's offering is the Samsung Infuse 4G on AT&T.

The Infuse brought a lot to AT&T when it was released - it was the first device on Ma Bell to allow sideloading of apps, as well as being the thinnest Android phone in the US at the time it was released. It's still a very relevant smartphone, with specs slightly above modern mid-range devices:

Alright, so you want to win this thing. Drop the answer to the following question in the comments:

Will you be getting an Android device as a gift for someone this holiday season?

Simple, right? You have until 12:00PM PT Tomorrow, November 23, to get your entry in. At that time we will pick the winner at random.

Since this an AT&T phone, this contest is for US residents only.