If you use your device for a mobile office, there's a good chance you have Quickoffice Pro installed (and if not, you missed a great opportunity to grab it about a week ago). It's already one of the best mobile office suites around, and it (and Pro HD for tablets) just got a little bit better - it hit version 5, which brings  along with it a herd of new features, tweaks, and improvements. 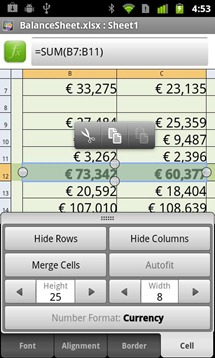 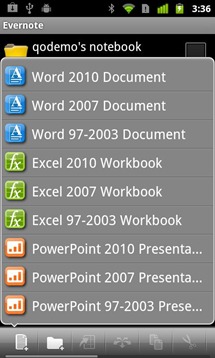 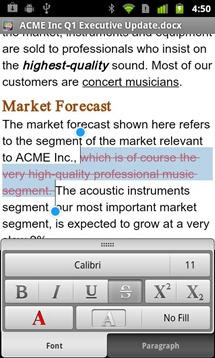 Quickoffice now offers support for Office 2010 documents, as well as option to access and save documents to Evernote, Catch, and Egnyte. The interface has also been improved to bring easier navigation and control, as well as new options for spreadsheet editing. New fonts and improved Powerpoint slide rendering are also part of the update to version five, along with the normal tweaks and bug fixes.

If you already have Quickoffice installed from the Android Market, then you can pull the update right now. This update isn't live in the Amazon Appstore, so all of you who grabbed it while it was free last week will have to wait just a bit longer.

The app was not found in the store. :-(
Go to store Google websearch
[ [Review] Adobe Kuler Is Much More Than A Simple Color Wheel