The creators of the popular Flick games (Flick Soccer and Flick Golf) have done it again, recently releasing NFL Flick Quarterback to the Android Market. The game combines the popular flick controls from Full Fat Productions' other games with NFL action, allowing players to "become the QB you’ve always dreamed of becoming." 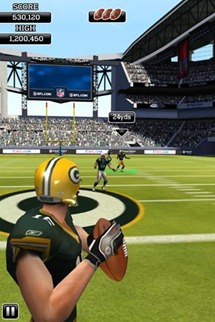 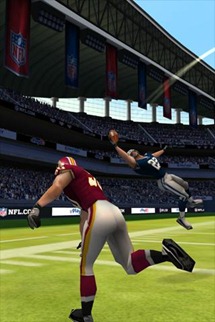 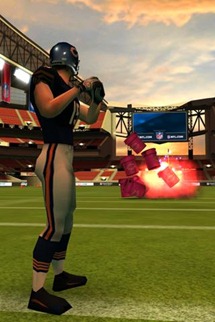 Flick Quarterback offers much more than its controls and impressive graphics however. Players can choose from Playmaker and Trick Shot modes, which each offer their own unique gameplay twists. Additionally, the game offers day or night time play, as well as elemental obstacles like wind, meant to make gameplay more challenging by throwing off your passes. Players are even able to choose their favorite team and customize their jersey name and number.

NFL Flick Quarterback is a bit more expensive than the other names in the Flick family, priced at $2.99, but it seems like a great game to pick up and play if you've got a few minutes of downtime, and makes a nice addition to Full Fat's collection.

EA Games Brings The Game Of Life To The Android Market – Play Through Infinite Alternate Lives ...