Giving new life to a classic board game, EA Games has brought The Game of Life to the Android Market. The game has been given a three-dimensional treatment, taking users through "winding roads and lush environments." In order to maintain the multiplayer nature of the board game, EA has opted for a pass-to-play mechanic, accommodating up to four players on a single device. 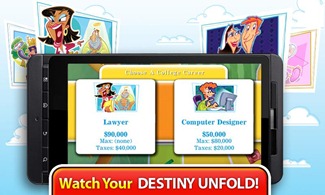 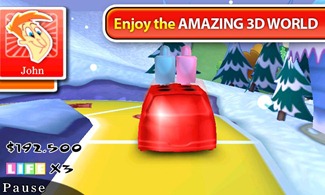 Personally, I find the graphics less than "amazing," but the gameplay looks fun enough for a pass-and-play reimagining of the popular board game. If you're looking for a way to waste a little time with a few friends, The Game of Life will certainly be of help, and it can be yours for $4.99 (or £2.99 for the 'Rest of the World' version). NFL Flick Quarterback Now In The Android Market – Juke, Pass, And Flick Your Way To The Hall ...