It looks like those of us who are getting amped up for the release of ASUS' Eee Pad Transformer Prime have one more thing to look forward to – an awesome magnetic folding cover  which will attach to the Prime's aluminum frame and fold up to hold the tablet in portrait or landscape orientation, at a variety of angles. 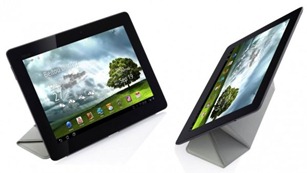 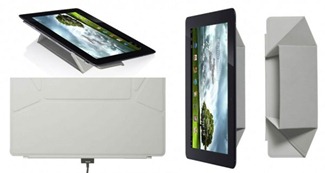 This cover is, no doubt, inspired by the popular cover Apple introduced with the iPad 2, but puts an interesting twist on the concept, adding a few folds, and giving the case the overall appearance of an origami sculpture. I'll be the first to admit that I am envious of the iPad's Smart Cover, and it looks like this will provide a great alternative for those who plan on picking up a Transformer Prime. Right now you can order the cover from Amazon.de for EUR 39.99. It isn't clear when the accessory will ship, since we aren't exactly sure when we'll see the Prime itself. One thing is certain, however – the Prime will have at least one seriously awesome accessory besides its keyboard dock at launch.