So, looky at what we have here: yet another render for a supposedly upcoming HTC device. This one is a far cry from the current crop of HTC phones on the market -- heck, it's even a whole different beast from the Edge and Ville. This one looks mean. 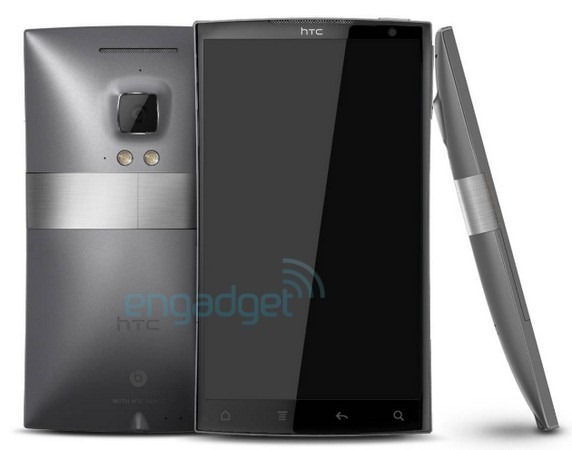 Not only does this monster look like it will beat up all the other phones and take their lunch money, but it's rumored to have the power to back it up. Under that sharp unibody hood, the Zeta is said to be packing a face-melting 2.5GHz quad-core Snapdragon, 4.5-inch 720p display, 1GB of RAM, 32GB of storage, and 8MP rear shooter capable of 1080p video capture, 1.3 front camera, and 1,830mAh battery. Pack all that into a 4.32 x 2.4 x 0.39 inch frame weighing in at 146g, slap ICS on as the operating system, and you have one killer device.

[Updated: Here Are The Winners!] Giveaway: Win One Of Six Otterbox Cases For The Atrix 2 Or ...