People who constantly wear Bluetooth headsets annoy me. I'll admit it. Yep, it's probably pretentious, judgmental, and just kind of mean, but nonetheless, that's where I stand (see: this highly relevant video). I figure it's only fair warning for you, our readers, going into this review. So, when Samsung offered me a chance to spend some time with their latest high-end Bluetooth headset, the HM7000 (the product naming department was on vacation), I accepted with a good deal of hesitancy.

The idea of a Bluetooth headset is great - in theory. In practice, we've all been to a movie theater (or wherever) with that guy who's got the blinking blue light on his ear the whole time and answers a call during the previews. So, one thing Samsung aimed for in its design of the HM7000 was a low profile. To that end, the HM7000 has a much slimmer profile than most Bluetooth headsets, and forgoes the old one-piece rectangle look in favor of a design with a protruding microphone. 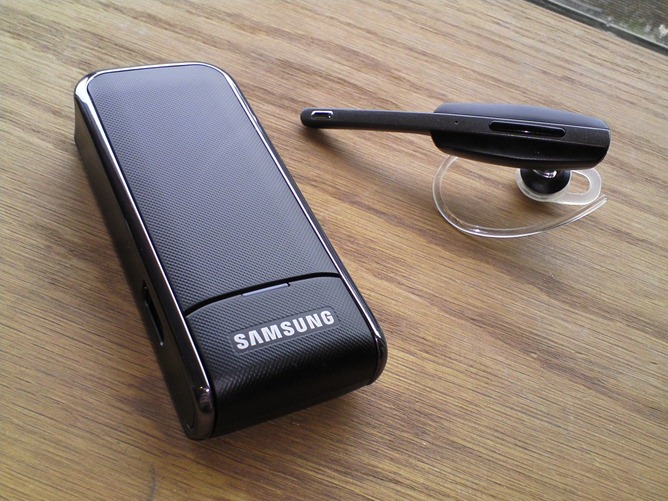 The object on the left is the charging dock - it's about the size of a Zippo lighter.

The ear support is a piece of clear plastic, further reducing the visibility of the whole device. Finally, that annoying blue LED all Bluetooth headsets have? Samsung has put a small circular piece of frosted plastic over the light, meaning it's almost invisible unless you're relatively close to the person and it's pretty dark. Kudos on that one, Samsung.

Don't get me wrong, it's still pretty obvious on your ear, and everyone you pass by will know you're wearing a Bluetooth headset. But as Bluetooth headsets go, you're probably not going to find one as discreet as the HM7000 that also works as well as it -  and that puts it leagues above many of its competitors.

The second part of the package, the HM7000's dock, is a clever little piece of tech. It connects to external power via USB, but it also contains its own battery. The battery can fully charge the HM7000 up to 3 times before needing to be re-juiced. Nifty. The dock opens up, you slide the headset in (you have to remove the ear support clip), snap it shut, toss the dock in your pocket - and your headset will charge while you're on the move.

Calls on the HM7000 come through as clear, if not clearer, than on my phone's earpiece. While they're not as loud at max volume as one might like, I imagine even in relatively noisy areas you could still hear calls pretty easily. I made calls in my car (which isn't very quiet on the freeway) and was able to hear just fine.

Of course, the big problem with most Bluetooth headsets is how you sound on the other end. With the HM7000, I asked in two separate phone calls, after about a minute or two of conversing, if the party on the other end could tell I was using a wireless headset - they could not. There were no complaints about volume, either.

This is likely owed to the protruding microphone on the HM7000, which sticks about one inch beyond the main body of the headset. If you angle the HM7000 downward a bit so that it's diagonally pointed towards your mouth, it reaches just about an inch short of where most smartphones will. There's also a second noise-cancelling microphone facing outward from the HM7000, reducing the effect of ambient noise.

As for comfort, the HM7000 sits in your ear, though the speaker is actually more over it than in it. The curved ear support is optional and can be removed, but using it without the support makes it more likely to fall out, and slightly uncomfortable. With the support, it's very wearable, and the light weight means you'll barely notice it. It's not like it isn't there, but it's better than many other Bluetooth headsets in that regard.

This is going to be true of any Bluetooth headset when compared to systems like Google Voice Commands or Siri - voice commands suck on this thing. Hard. Unfortunately, Google's Voice Search app doesn't have any Bluetooth functionality built-in, so you can't use this thing for Google Voice Search or Voice Commands. Unbelievable, right? Then you're stuck with alternatives, like Motorola's Bluetooth Commands (they're pretty terrible) or Vlingo (speech recognition and speed are subpar when compared to Voice Search).

The recognition on the built-in voice commands in the HM7000 is absolutely terrible, and the commands don't really do anything useful. I accidentally made my HM7000 unpair or re-dial a phone number a number of times when I was saying something completely different to it.

If you can live with Vlingo or your built-in Bluetooth voice actions, you can make a passable substitute for Google Voice Search, but to say they're anywhere near as good would be a stretch.

There's also a Samsung app that has some TTS (text to speech) functionality, it's called FreeSync, and it's specifically designed for Samsung Bluetooth headsets. I didn't have much use for it, but here's the Market link if you want to check it out. 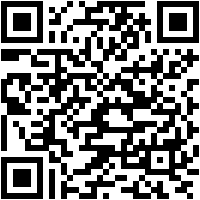 Basically, if you buy the HM7000, you're spending $100 (well, $90 on Amazon) on something for phone calls, unless you really like Vlingo. But it's $100 well-spent on those phone calls, because that's what the HM7000 is very, very good at. And you get the awesome dock with its own battery.

If you're looking for a high-end Bluetooth headset for making phone calls, this is the one to get. If you're looking for something to make using your phone for navigation, search, or messaging while on the move or in your car a hands-free affair, you may want to wait until Google Voice Search gets Bluetooth support.

[New App] Any.DO From The Creators Of Taskos Is The Cleanest Task List App For Android Yet, ...

Get Into The Holiday Spirit With Christmas HD Live Wallpaper - Possibly The Most Well ...