There are 40 levels of robot blasting action, and 8-bit styling and sound effects. It's sort of like Mega Man. The description claims "hard-but-fair gameplay," so there's retro difficulty to go along with those retro graphics. Xperia Play owners will be glad to hear that all their fancy buttons are supported (like you couldn't tell from the giant video thumbnail).

8-bit shooters don't really need a story, but just for good measure: "[In] The year 2135, the world is ruled by Corporations, humans are slowly being replaced by robots and machines, and the most powerful humans are now looking for ways to transfer their souls into robots, for eternal life." TL;DR: "Shoot things. Don't fall in the holes." 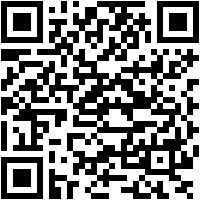