PayPal's popular app for Android has received a significant update this morning, and the biggest change allows those with NFC phones to request money from other NFC-enabled devices using PayPal - nifty. While NFC has been slow to see adoption, Google's efforts with Wallet and MasterCard WavePay have no doubt raised a few eyebrows (and one lawsuit) over at PayPal, the world's largest online-only payment service. 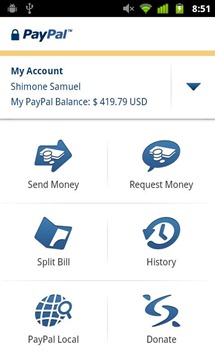 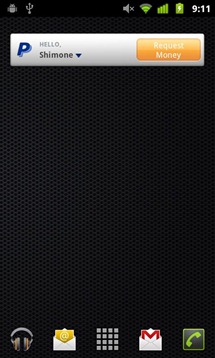 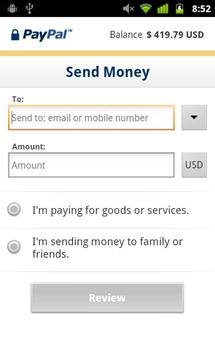 NFC support is enabled via a widget, and when in proximity to another NFC-enabled, PayPal-widget-using handset, you can hit the "Request Money" button and the request will populate on their PayPal account.

This version also enables tablet support, though the interface is not what you'd call "tablet-optimized" so much as "tablet compatible." Other changes include a general revamp of the app's UI, and particularly of the "Send Money" feature, which allows you to categorize your transaction as well as select and save PayPal info to your Contacts.

The PayPal 3.0 update is live on the Market now.

New Details About The HTC Edge Surface, This Is What Dreams Are Made Of