Oh, the DROID RAZR - the very name RAZR brings back memories of the turn of the century (we can say that now, right?) - flip phones and cheap, unlimited data. Those were the good 'ol days. But let's talk about the here and now, Motorola's latest Android phone is the company's most ambitious handset to date, and the general consensus? It's good, but... [insert complaint about battery life or width / Galaxy Nexus is coming comment here.]

In all seriousness, one great thing about rounding up a number of reviews in one place is finding out what numerous sources agree upon about a particular piece of hardware, and more interestingly, what they don't.

Gizmodo likes the RAZR - even with its flaws. In fact, Brent Rose claims that the RAZR is so impossibly thin that it makes "the iPhone 4S and Droid Bionic run crying to Jenny Craig." We all know the RAZR is super-thin, and the review goes on to say that the phone "feels great to hold, and is just simply killer hardware." 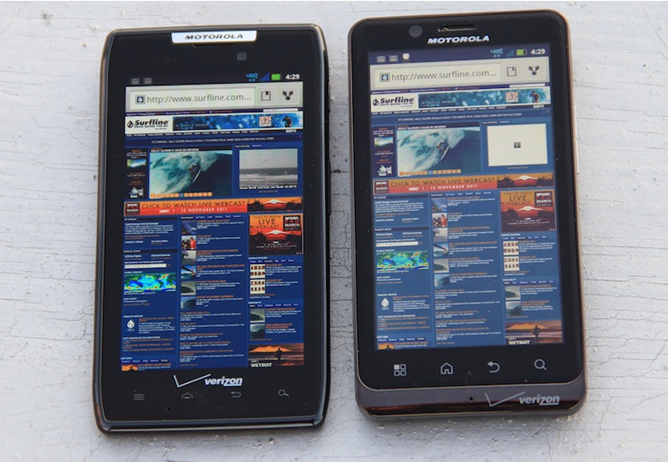 Giz also claims that the RAZR is significantly quicker than the BIONIC, and LTE is still fast. Not-MOTOBLUR is still annoying, battery life is questionable, and the Super AMOLED Advanced display is still pixelated; though, Gizmodo thinks it still looks significantly better than Moto's qHD LCD displays found on the BIONIC and ATRIX.

Other noteworthy improvements that Giz commented on came in the camera department, particularly with increased shutter speed (the BIONIC's camera is crazy-slow).

The Verge (aka ThisIsMyNext)

Nilay Patel over at the The Verge wasn't so impressed with the RAZR, and appears to have succumbed to a bad case of Galaxynexusitis in his review. Patel absolutely hated the RAZR's display and claims that the BIONIC's LCD qHD looks better than that of the RAZR. While we know PenTile causes high-resolution pixelation, this claim seems dubious in our minds, with every other review lauding the RAZR's display as being vastly superior to Motorola's previous efforts. 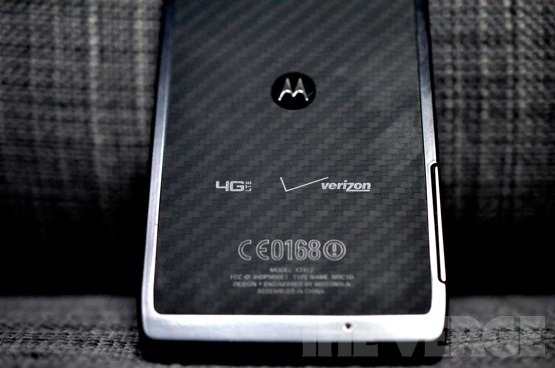 The Verge liked Motorola's Smart Actions, which allow you to make location, action, and time based scripts to launch apps or enable/disable battery-sucking features, a major built-in convenience for a power-hungry LTE phone. Again, The Verge echoed sentiments of other reviews indicating the RAZR was definitely speedy, although not quite Galaxy S II-fast. Battery life was in line with other recent Verizon 4G LTE devices - not great.

Patel also found holding the RAZR to be annoying, in the sense that while the phone is super thin, it's super wide as a result, even for persons with large hands. Unlike Giz, The Verge didn't like the RAZR's camera, and still felt it was slow and was easily outmatched by the cameras on the iPhone 4S or even the HTC Amaze.

The Verge hesitated to recommend the RAZR to anyone with the almost-as-thin Galaxy Nexus on the way later this month, and even though we like the RAZR in theory, we'd have to agree that it might be worth waiting to make your purchase decision.

BGR absolutely loved the RAZR, and that's summed up in their review's concluding statement that "[t]he Motorola DROID RAZR has replaced Samsung’s Galaxy S II as the best Android device I’ve ever used." Doesn't get much clearer than that.

BGR liked the display, the design, the thin profile, the battery life (really), and the performance. However, complaints about the phone's width remained, as well as the inherent display pixelation that comes with PenTile remained. 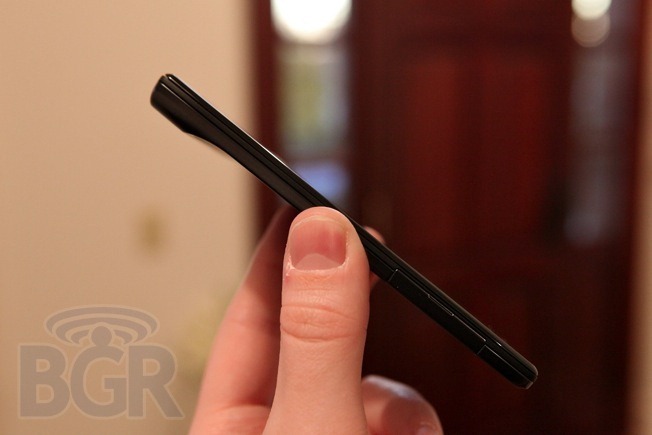 BGR's almost unabashed praise of the RAZR left us a little suspicious, particularly in their remarks on battery life - an aspect no other review came close to complementing as anything but no worse than other 4G LTE phones out there, and maybe marginally better than the BIONIC.

TC seemed to enjoy the RAZR for the most part, if finding that is battery life was substantially lacking, like every other review except BGR's. Crunch also felt that the RAZR's extreme lightness actually made the phone feel cheap, something Motorola probably isn't going for on a device that's going to be retailing for $300 on a 2-year contract. There were also a couple complaints about the phone's size, something we've seen in every review so far. 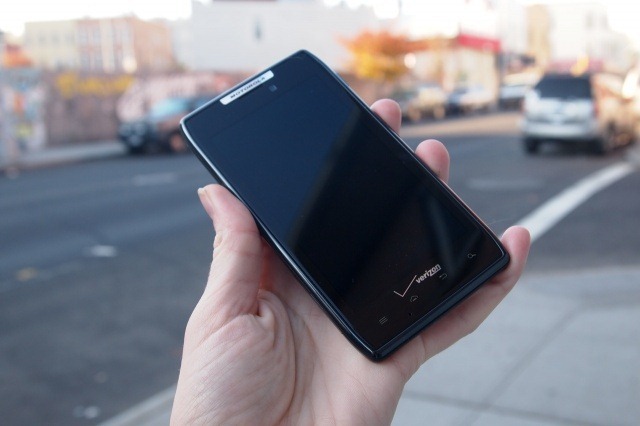 Oddly, TechCrunch found no faults with the 4.3" qHD AMOLED displays whatsoever, heaping on the praise with a rather abbreviated two sentences of description. Compared to the other reviews we've read, it sounds like TC's reviewer either doesn't see too well, or has kind of low standards.

One thing that TC mentioned that we found interesting was the RAZR's propensity for heating up under heavy processing loads. The phone's extremely thin profile made me concerned about this from the day it was announced, and TC's review leaves me wary about the RAZR's ability to dissipate heat properly when in a pocket or playing a visually intensive game. They even went so far as to say that as the heat increases, the phone's performance actually starts to suffer. Yikes.

Overall, though, TechCrunch generally complimented the RAZR, though the "cheap" feel and lackluster battery life were major turn-offs.

Engadget had a pretty positive spin on the RAZR, saying "the handset is just physically stunning. It's thinner than almost any phone on the market and makes no sacrifices to attain its slim physique." Aesthetics are clearly a big part of the RAZR, and Motorola has obviously worked hard to get this phone as thin and sleek as possible, and the result is something every review we've read has been very impressed with. 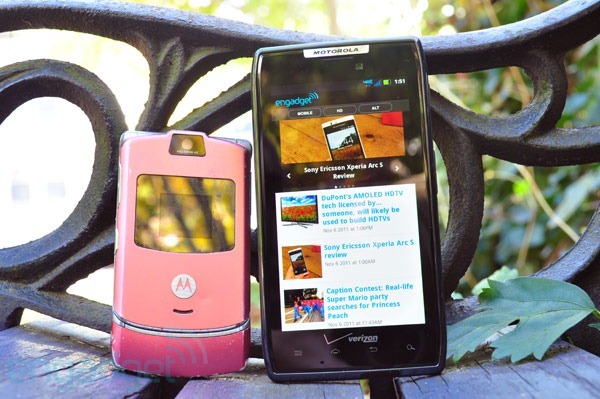 In consort with most other reviews, Engadget didn't think the qHD AMOLED display was all that great, owing in large part to PenTile's pixelation. Battery life was another source of grief, but we all sort of expect that with Verizon's 4G LTE phones at this point. Engadget was equally impressed with the device's performance, and was optimistic looking forward, with Moto's confirmation that the device will be receiving Ice Cream Sandwich at some point.

Engadget found Smart Actions to be a great addition to the RAZR, as well - in fact, everyone seems to have liked it. Probably because it helps reduce the RAZR's appetite for those lithium ions trapped underneath its non-removable back cover. Again, concerns about the device's size in terms of width were raised, and also that the kevlar on the back of the RAZR was quite slippery - a potentially deadly combination of unwieldy factors.

Overall, Engadget was left with a very positive impression, saying "the RAZR looks to be a perfectly viable alternative when considering the similarly-pricey Rezound and Galaxy Nexus."

What have we learned today? Well, the RAZR may be thin, but it's still big, and very wide - even for large-handed individuals. Battery life, predictably, still kind of sucks. Thank Verizon's 4G LTE. However, Motorola's Smart Actions are a great way to mitigate some of that juice-sucking. Performance was generally good enough not to yield major complaints. Also, PenTile, even with Super AMOLED Advanced, can still look pretty grainy and pixelated.

Finally, it was uncontested that the RAZR is an absolutely stunning phone, and we'd have to agree, this thing's gorgeous. We'll be getting our review unit soon enough, so you'll be hearing what our thoughts are some time in the next week or two.