Remote controls have been around in one form or another since the middle of the 20th century, and little about them has changed in that time. They still comprise mainly of lots of buttons, most of which you have no idea how to use, and they're not exactly aesthetically pleasing to look at.

If Motorola has its way with this latest project, however, that may soon change. The Corvair, recently leaked on The Verge, is a 6-inch tablet device running Android 2.3, and according to the outer packaging of the product, it's a dedicated TV controller.

Leaked images also show the tablet's contents being displayed on a TV, so it's plausible that the device will be able to stream content wirelessly to compatible units, and control content that's already being displayed in addition to this. 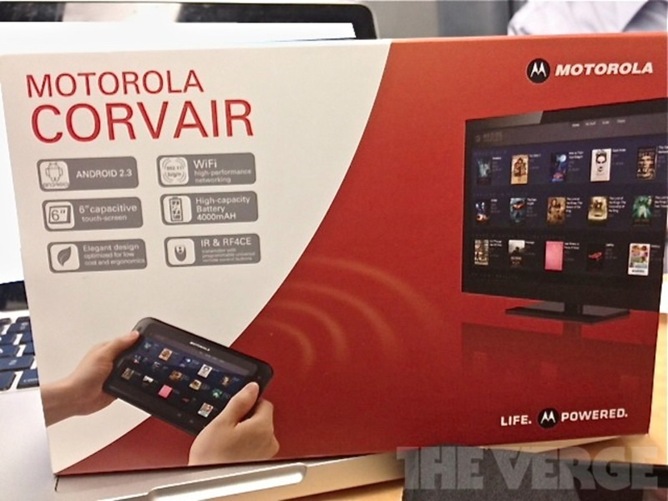 There isn't a lot of information with regards to the specs of the Corvair, but the packaging shows that the display on the tablet is capacitive, and the tablet is compatible with Wi-Fi, as well as IR and RF4CE.

Despite a battery capacity of 4000mAH, it's hard to see a device such as this having a long battery life, so it may well ship with an optional charging dock too, so you don't have to trail wires over your living room to keep it charged.

At this point, the Corvair is still in its infancy, so we may not see it on the market in the immediate future, but it's interesting to see a company like Motorola working on such products, especially considering that Logitech already has a strong presence in the high-end remote control market with their line of Harmony controls.

Ancestry.com Releases Official Beta App, Allows Subscribers To See (But Not Modify) Their ...