Looking for a name brand tablet that won't break the bank? Want to relive the late '80s? If you answered yes to both of those questions, brace yourself, because we've got some good news for you.

Update: It's worth noting that this is not the same Amiga from the good ol' days. It's actually another company named Amiga, Inc. which owns all of the old-school Amiga patents. It's confusing, but here's the Wikipedia excerpt that breaks it down:

The rights to the Amiga platform were successively sold to Escom and later Gateway 2000, but Escom almost immediately went bankrupt itself (due to non-Amiga related problems) and Gateway vacillated over what to do with its new acquisition. In 1999, an entirely new company called Amiga, Inc. (no relation to the original Amiga Corporation) was incorporated in the US state of Washington, and received a license from Gateway to use Amiga-related patents and trademarks.

Amiga, the company behind "the best operating system ever developed," just announced a new 7-inch Android-powered tablet for less than a Benjamin. This state-of-the-art handheld comes fully equipped to handle even the most daunting of tasks, powered by a 720MHz processor, multi-touch resistive touchscreen, 4 GeeBees of storage, Wi-Fi and Android 2.2.

For the productivity buffs among you, Amiga is also offering a keyboard case for an extra $20. Imagine all the work you'll be able to get done with the addition of a keyboard! Your boss will be so impressed, you may even get a promotion and a raise. Or, better yet, if you "outfit your student children with a Tablet PC," they'll get ahead in school and go on to be valedictorian of their class. All thanks to Amiga, the company that "provides the tools and technology that makes Digital Living™ easy."

Think about it -- "can you really afford to pass up an opportunity to ensure that your children aren't left behind in the new computing world?" Better head right here and buy one right now. While you're at it, we highly suggest that you take a look at the rest of Amiga's website -- you may just be blown away. 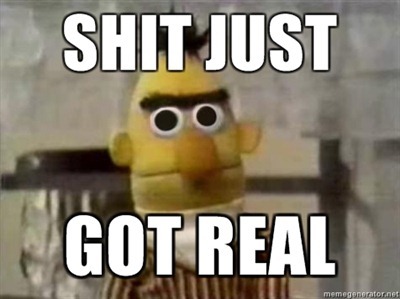 Amiga adds to their family of Android Tablets with the release of their new Amiga Xpedio 7MTB for $ 98.00.

October 28, 2011 – Seattle, WA. – Amiga extends their family of Android Tablets with the immediate release and availability of their new Xpedio 7MTB for only $ 98.00.  This new offering includes a 720Mhz processor, Mulit-Touch Screen, WiFi, 4GB memory, Flash, and Android 2.2.   Customers can add keyboard and case for an additional $ 20.00 bringing the entire price to $ 118.00.

This new offering is in addition to their already announced special pricing and availability of their Android based tablets.  These fully equipped devices include 8GB Memory, Samsung A8 Processors, 512MB Ram, MicroSD for up to 32GB Extra expansion, HDTV, USB, and Camera.

These special prices are only good on orders from today through November 7th, 2011, and all orders placed during that time will be delivered before December 25th, 2011.

For more information or to place an order visit www.amiga.com/shop

[Update: Here Are The Winners!] Review / Giveaway: Win One Of Ten Cases Of Your Choice From ...